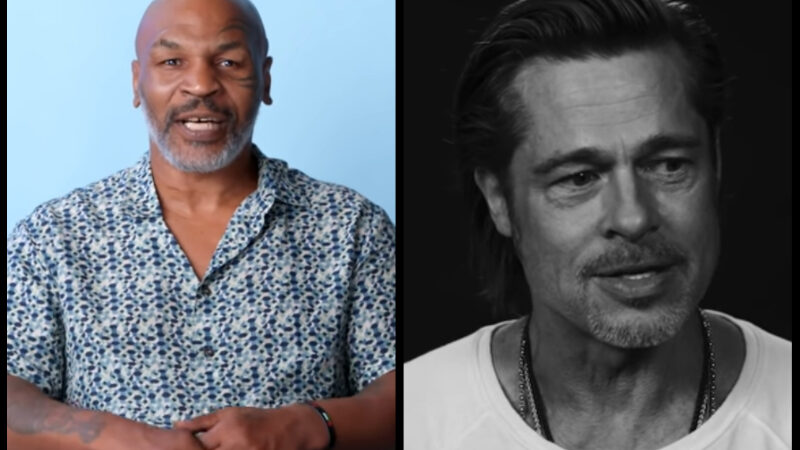 The pro boxing legend Mike Tyson has had numerous controversies during his career. He has been married three times and has had many girlfriends throughout his life. He recently spoke about his girlfriend in prison. Tyson had quite some strained relationships, but the one that stood out was his marriage with Robin Givens. There was also a time when Mike walked in on his now ex-wife Robin Givens sleeping with Brad Pitt.


Mike Tyson opens up on the Brad Pitt incident

Back in 1988 Mike Tyson and Robin Givens were in a relationship and married each other 11 months after going out on their first date. Their relationship fell apart as the two decided to go separately. According to the heavyweight boxer, even though the divorce proceedings between the two were going on, he often visited her home to sleep with her.

It was during one of these encounters when Mike Tyson Walked in on Robin Givens sleeping with the Hollywood star Brad Pitt. The heavyweight champion was furious with the Hollywood celebrity and also claimed to hit him. In an old appearance on In Depth With Graham Bensinger, Mike said

“I was mad as hell! I was going to…you should have seen his face when he saw me. I was due a divorce but every day I would go to her house to have s*x with her. This particular day, someone beat me to the punch. I guess Brad Pitt got there earlier than I did.”

Apart from this, Mike Tyson also mentioned in his book about the incident where he claimed Brad Pitt said:

“You had to see the look on his face. He looked like he was ready to receive his last rites. He also looked stoned out of his gourd.”

Mike Tyson is currently married to Lakiha Spicer and has a family of four with her and two kids namely Milan and Morocco.