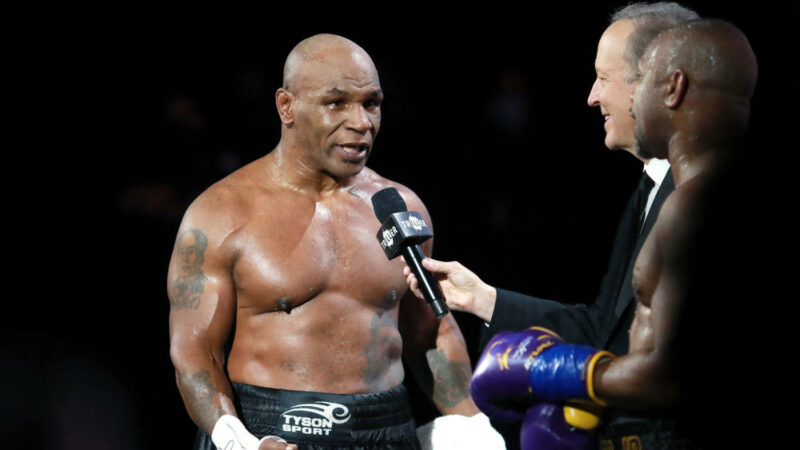 The boxing legend Mike Tyson never fails to speak his mind.  recently raised some questions on Jermall Charlo this week on his HotBoxin podcast. He questioned the reason of not fighting Canelo Alvarez and David Benavidez after 14 years in the pro ranks.

Mike Tyson has some advice for Jermall Charlo

The famous former heavyweight champion Tyson gave Charlo some tips on how to get the fight with Canelo. He believes that Charlo is “too friendly” and needs to disrespect him to lure him into facing him. ‘Iron Mike’ also said that Jermall needs to talk about Canelo’s family and mother to upset him to the point where he’ll give him a fight because what he’s been doing hasn’t worked.

It was noted how Charlo recently missed out on a fight with the former four-division world champion Canelo after the Mexican star rejected PBC’s $100 million+ 2-fight offer to accept Matchroom/DAZN’s two-fight deal to face Dmitry Bivol and Gennadiy Golovkin this year.

Here is what Tyson said:

“Why aren’t you fighting Canelo? Listen, you need to start talking about his mother, his family. You’re too friendly. You got to be like Roberto Duran. ‘Give me this, mother f****. Get in the ring. We sign the contract, b****,” said Tyson about him wanting Jermall to insult Canelo to pressure him for the fight.”

Speaking about Canelo Alvarez, he has tallied a record of 57-1-2, 39 KOs and has spent the last few years collecting belts from fighters from England. We will have to see if Charlo finally steps up to set up a fight with Alvarez.

During a recent edition of Tyson’s Hotboxin’ podcast – ‘The Baddest Man on the Planet’ discussed what it would take to make a potential match between himself and social media star turned boxer ‘The Problem Child’ Jake Paul happen. Credit to Dextero for the below.