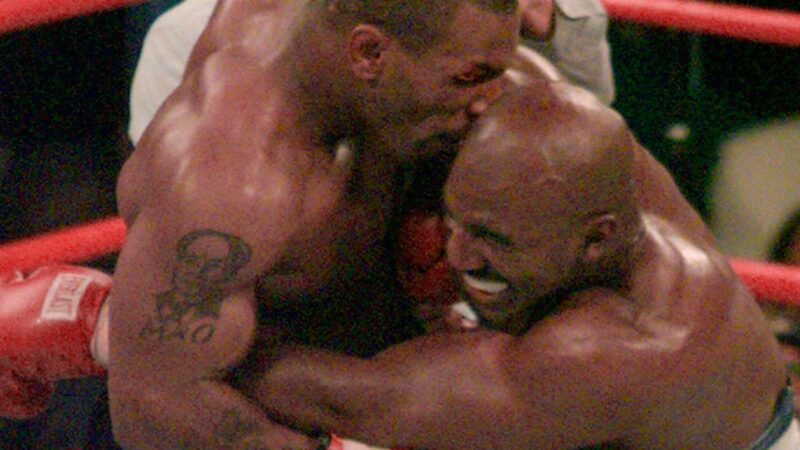 Mike Tyson is most definitely one of the most legendary professional boxers in the history of the sport, and he attended the US Open recently, with fans suggesting he looked high on mushrooms, as seen below. Triller’s latest event featured Evander Holyfield squaring off against Vitor Belfort and getting knocked out in over a minute within the first round. Due to the match’s reception, new regulations will be imposed and that includes banning exhibition matches. Due to this, Mike Tyson and Holyfield may be banned from Triller. Mike Tyson also previously revealed a racist remark about Jake Paul.

Mike Tyson and Evander Holyfield are now getting into the legal drug business together. Tyson has announced that he’s partnered with Holyfield to launch a line of THC and Delta-8 THC-infused edibles via TYSON 2.0, the cannabis company owned by the newly formed brand house Carma Holdings.

The line, dubbed Holy Ears, will launch in November in the U.S., but the company is already preparing for international expansion, said Chad Bronstein, Carma Holdings chairman and TYSON 2.0 co-founder and president, in an exclusive conversation with Benzinga.

Evander is now part of the TYSON 2.0 family,” Bronstein said.

For those wondering how that came to be, considering Tyson once bit off a piece of Holyfield’s ear in the third round of their infamous heavyweight rematch in June of 1997, it seems like the boxers made up shortly after the incident.

“We patched things up years ago. I really respect Evander.

t first it didn’t work out. I think he [Holyfield] thought it came from a disrespectful place,” Tyson disclosed. “However, his son explained to him that we weren’t being disrespectful and he got the idea. And we’re all together now.”