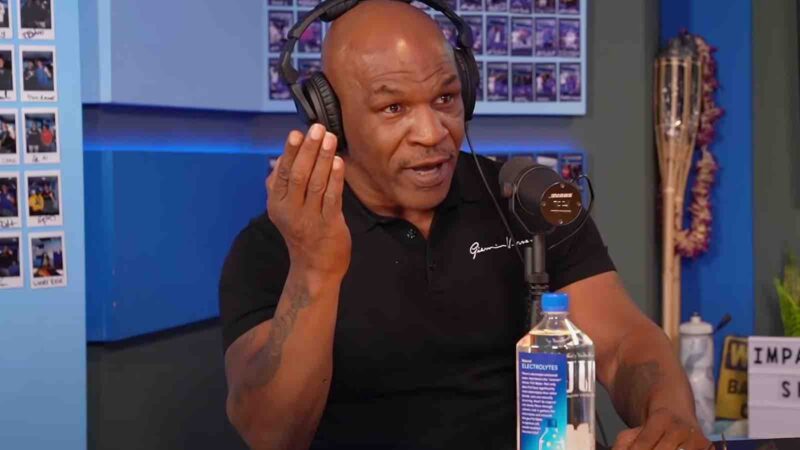 The legendary pro boxer Mike Tyson was involved in a controversial instance during his infamous fight with Evander Holyfield. That contest had ended after ‘Iron’ Mike took a bite out of his opponent’s ear. ‘The Real Deal’ recently admitted that he was considering biting his rival in the face.

Before the disqualification, Tyson was complaining about illegal headbutts from Holyfield that opened up a cut above his eye. He came out of his corner without his mouthpiece in the third round, before being forced to put it back in. The bite took an inch of cartilage off of Holyfield’s ear as he shrieked in pain in the middle of the ring.

Rosie Perez sat down with Mike Tyson on his podcast Hotboxin’ with Mike, and recalled what Tyson said to her after his.

Mike Tyson made some scary statements

In one of the most horrific actions in boxing history, Tyson bit out out of his opponent’s ears. The matter is still talked about to this day. Tyson was disqualified from the match and after the fight, Perez recalled how people reacted to Tyson when he returned to a club in New York. She stated Tyson revealed why he had to destroy the health of Holyfield’s ear:

“You walked into Cheetah’s and everybody was so in awe and terrified of you at the same time. It was like Moses parting the red sea, everybody just moved the f*ck out of your way.”

Then she retold what he said to her about what had happened in the fight with Holyfield:

“I was standing toward the back and you went, ‘Hey, how you doing?’ and I said, ‘I’m good. What the f*ck were you thinking?’ And you laughed and you hugged me and you said in my ear, ‘That motherf***er just got me so f***ing mad!'”