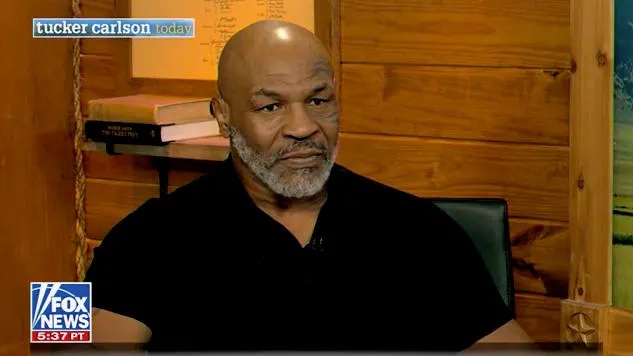 The reality show Keeping Up with the Kardashians, which premiered in 2007, had a profound impact on the lives of the Kardashian family. The show was incredibly popular, running for 14 years and cementing the family’s fame. This helped them launch and sustain their business ventures, even though the show ended on June 20, 2021. The echoes of the show’s fame can still be heard today, as evidenced by a recent episode of Hotboxin’ with Mike Tyson, where the topic of the Kardashians came up, and a video clip of the show circulating on YouTube, shared by Prophet Muscle, the son of Roger Mayweather and uncle to Floyd Mayweather Jr.

It started with DJ Whoo Kid asking their guest, rapper Tyga, “Are you happy that you’re not part of that stupid joke, the Kardashian curse, and all that nonsense they used to bring it back then?”

Mike Tyson immediately joined with his pointer that they are not “bad people.”

Tyson asked Tyga to explain “their world.” And Tyga explained, “I mean, that world is like it’s gossip, it’s like corridors, yeah it’s different.” DJ Whoo Kid asked Tyga whether he’d ever met former NBA star, Lamar Odum. The six feet and ten inches tall, small forward was once married to Khloe Kardashian. Tyga responded in the affirmative that he had met the basketball player occasionally.

Whoo Kid mentioned, “Yeah, it’s too much, man, it’s like and I’m just surprised to see Kanye and uh, you know, like Travis Scott they even deal with that kind of stuff, and they’re different individuals Kanye obviously is like more crazy.” Those who’ve watched the clip could hear a narrator jumping, “Nah you worldly person yeah it’s not crazy he’s telling the truth which will set you free.”