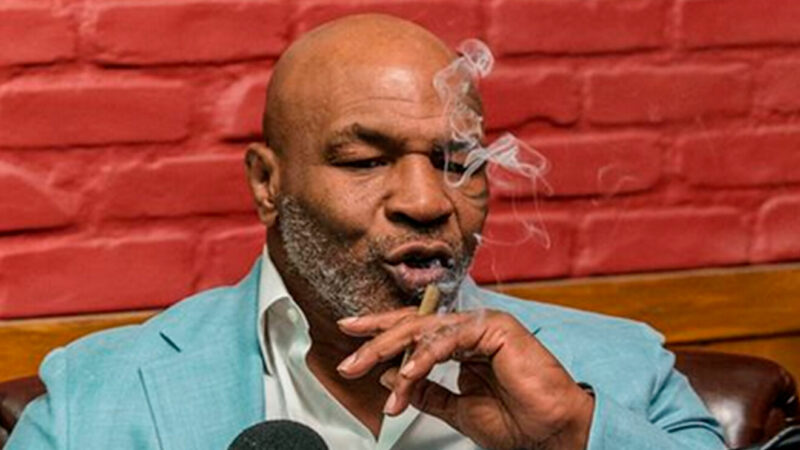 The legendary pro boxer Mike Tyson had been dominant during his career. Mike Tyson holds an impressive 50-6 record in boxing and destroyed his opponents inside the ring. He has been an aggressive fighter and put the long hours in the gym. ‘Iron Mike’ had revealed that he only sleeps for four hours.He has now revealed his fear.

In the latest episode of Hotboxin’ with Mike Tyson, Tyson hosted his therapist, Seano. When Seano asked Mike if he was a scared little kid at times, Tyson made a confessional, but highly understandable, comment worthy of an inspection. Mike Tyson provided the reason for all his violence.

He was confronted by Seano, on being asked if he was scared, Mike Tyson broke into tears. In addition, he admitted the former’s claims to be true. He drew a connection between his fear and the acts of violence that he committed.

“I am so scared that I am so violent. I can’t control my violence. Does that make any sense to you? Me, I’m Mike Tyson. I’m so fu**ing scared of everything. The only thing I know is to attack. They don’t believe that I hate myself,” he added.

Mike Tyson is undoubtedly one of the greatest pro boxers in the history of the sport. It is quite scary to imagine him not being a pro boxer. His life has not been smooth as it has been marred with alcohol, drugs, and violence. However, he managed to become the youngest heavyweight champion of the world in boxing.

According to the numerous interviews and public speaking that the boxer has had over the years, it can be concluded that all that wrath and aggression that he shows in the ring comes from within him. In his prime days, he is just angry at everything and uses this anger to demolish his opponents, making them not stand a chance against his brute force. Mike Tyson had also revealed that his mother had a great influence on him.

A post shared by Hotboxin' with Mike Tyson (@hotboxinpodcast)