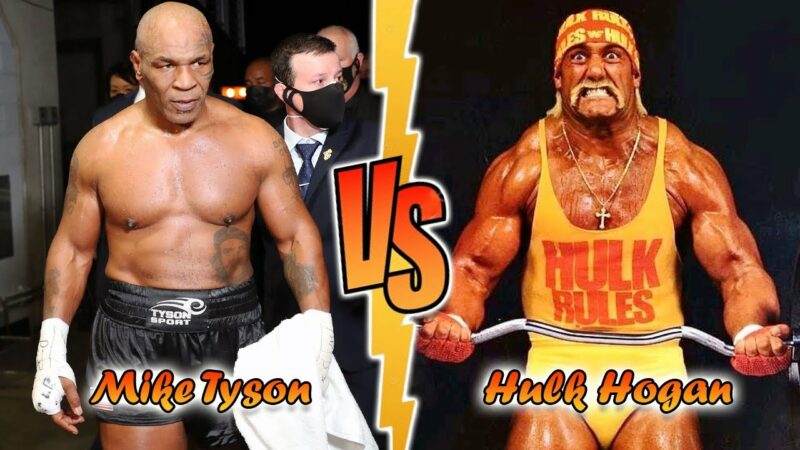 ‘Iron’ Mike Tyson is a legendary name in the boxing business. The boxer has an impeccable record between the ropes. There was a time when he was afraid of facing Hulk Hogan in a wrestling ring. While Floyd Mayweather and Conor McGregor may be big names in their domains in the current era, Hogan and Tyson held the same value in their peak days.

There was a time when Vince McMahon wanted to put Mike against Hulk, but the boxing legend didn’t want to sign up for it. There were rumours of the two fighting at WrestleMania 6, but despite Vince McMahon trying to convince Mike Tyson to fight The Hulkster, Mike said no.

It turns out that Mike wasn’t afraid of Hogan, but some theorists say it could be due to two reasons. One reason could be that Mike didn’t want to lose at WrestleMania and let his glory get dusted by a sports entertainer. The other could be that the WWE (then WWF) didn’t think it was right to have its top star get pinned at The Shows of Shows.

While wrestling theorists have their reasons, Bruce Prichard has the facts in place on why it didn’t happen. On his ‘Something to Wrestle’ podcast, Prichard said information got taped where Vince was in Japan, and a Japanese film crew was following him. Vince told the team through interpreters to shoot both Tyson and him. Vince jokingly talked to Mike and told him that he should be in a wrestling ring.

Mike said he isn’t willing to be in the ring with Hogan. Mike said Hulk is huge and will kill me like a shoe.

The reason was that Mike just saw Rocky, and after what he did to Rocky, Mike thought it could be him. While the answer sounds funny, as Vince would have talked him into understanding the wrestling business, the boxer wasn’t in any mood for punches from The Hulkster. You can watch the video here:

At this juncture of their life, the two wouldn’t generate the kind of hype as it would have been back then. Do you still want to see this fight in today’s time? Sound off in the comments.