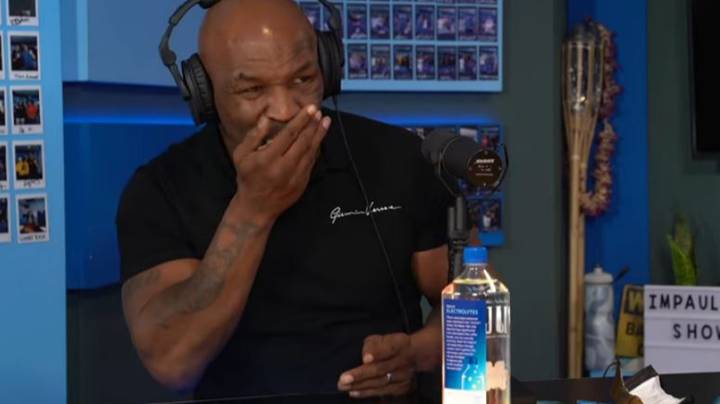 The legendary pro-boxer Mike Tyson recently paid a visit to the brand-new Apothecarium cannabis dispensary in Lodi, NJ. He managed to take some time out of his unusually busy day to discuss his new outlook on life with as he spoke with The Post, in between meeting thousands of “Tysonites”. He also sent a message to Anthony Joshua and Deontay Wilder.

Tyson also offered up some solutions to problems with boxing and even discussed the boxing stars, Anthony Joshua and Deontay Wilder, who are each coming off consecutive losses.

“He [Joshua] has to have some gratitude; forget this guy [Usyk] beating me. Thank the guy, we are friends, and we helped each other make money. Your family, your kids, they got money now. That’s all that matters.”

Joshua is in a spot where he is teetering in his career. Once profiled for greatness, he has endured a couple of consecutive losses and three of his last five.

“He [Joshua] has to have some gratitude; forget this guy [Usyk] beating me. Thank the guy, we are friends, and we helped each other make money. Your family, your kids, they got money now. That’s all that matters.”

He then continued on Wilder:

“Wilder should be laughing at everyone. He’s making tens of millions of dollars. Guys can’t pay their cab fare but call him a bum,” Tyson said while laughing.

Tyson currently uses Cannabis where he has his own line of wildly popular products available throughout New Jersey that recently added WWE Hall of Famer Ric Flair to his line. He was also spotted smoking with him.

On Labor Day, Tyson traveled throughout New Jersey to promote his new bitten ear-shaped edibles available at Cannabist in Deptford, Zen Leaf in Neptune, and Apothecarium in Lodi, New Jersey. Eventually, those will expand into Delta 8 and CBD across all states that they are legally allowed (Delta 8 is available in 29 states at the time of writing).