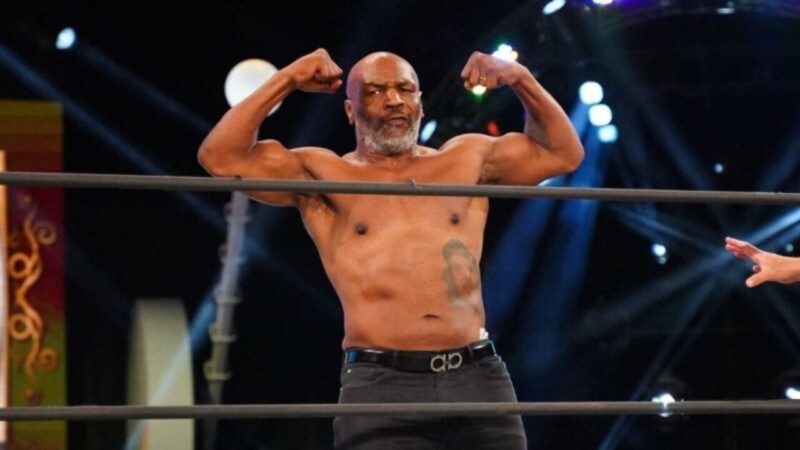 ‘Iron’ Mike Tyson made his return to All Elite Wrestling and AEW Dynamite this past week, helping out his old rival Chris Jericho and attacking The Pinnacle member Shawn Spears in the process. Tyson is not done in the world of AEW however as he will be appearing on the program next week as a special guest ringside enforcer during AEW’s featured match of Chris Jericho Vs. Dax Harwood. On social media, top AEW female star Tay Conti recently took to social media via Instagram to highlight this picture of herself with the boxing icon. You can view it below. Triple H recently made this bold Mike Tyson statement.

In other news revolving ‘Iron’ Mike Tyson, Tyson’s return AEW was recently discussed prior to the event taking place by AEW Chairman Tony Khan during a recent interview with DAZN news. During the interview, Khan would state how this appearance came to be and ultimately worked for everyone involved.

Mike and I are good friends. Mike and I stayed in touch over the past year. He was at Double or Nothing and then Dynamite last May. I was really excited about Mike’s fight with Roy Jones (in November). I talked to him as he was training, and I talked to him right after the fight, too. He called me right after he got home. He was really excited about coming back to AEW. I told him you got to rest your body, and when you’re ready, we’d love to have you back, and we’ll try to find a date that works for everybody. So we were staying in touch, and this is a date that worked out for everybody.