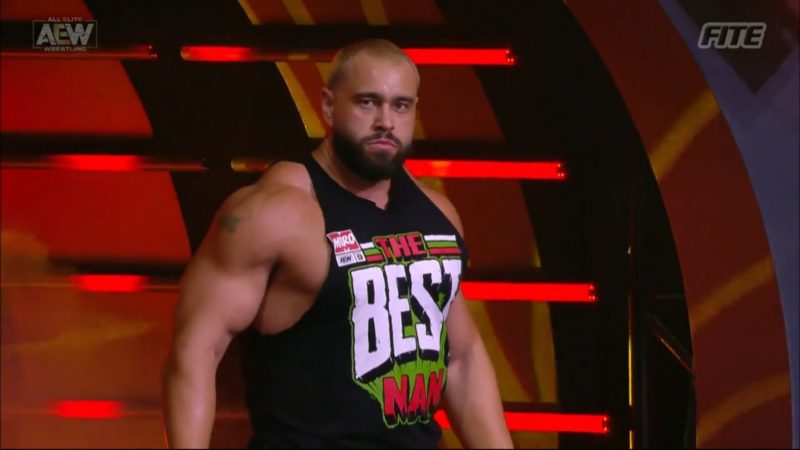 Miro competed in his first match in AEW since making his debut two weeks ago. He teamed up with Kip Sabian and took on the team of Sonny Kiss and Joey Janella in a tag team match. It seems he possibly suffered an injury during the match.

On Wrestling Observer Live, Bryan Alvarez noted that Miro “tweaked” his ankle during the tag team match. Despite the minor injury, Miro carried on with the match.

“When he got hurt the match just totally fell apart. He’s dropping people. He’s trying to launch people and they’re falling on their heads, I mean it was bad. I mean risking your life for your art?”

“What I was told was he tweaked it, and it felt better. I don’t know what he did, but allegedly it was legitimate, but it felt better and he’s fine.”

Miro won his debut match after applying the Accolade on Sonny Kiss for the victory. The finisher is now called the ”Game Over.” It was said he felt better when he returned backstage.