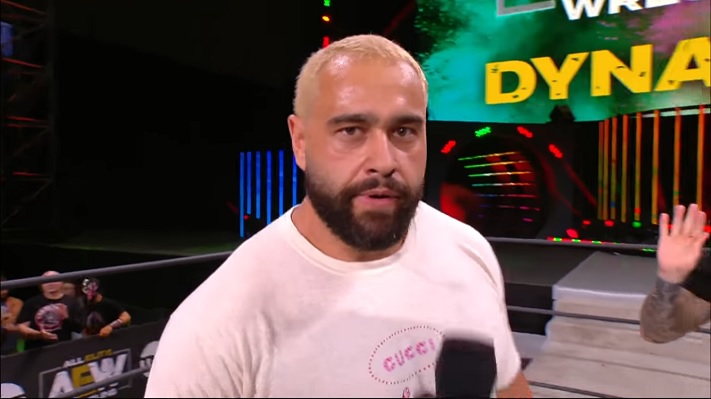 After months of rumors and speculation about his future in the pro wrestling world, former WWE star Rusev finally made his debut for AEW as Miro this past week.

The former WWE US Champion published a video on his YouTube channel after making his debut for the new promotion and praised his new boss Tony Khan:

“I’m thankful to Tony Khan, we got in contact — he’s such a good dude, he’s such a great owner, he’s very open to talk to with creative and ideas. He’s around everybody, he’s not hiding, none of that. His energy is great, he’s just wants the best, man, and that’s all it is.”

Continuing on the topic, the former NXT star made an interesting claim saying that AEW has been ‘destroying’ the Black and Yellow brand:

We all have the same agenda. We all want AEW to succeed. We are promoting ourselves, of course, but we all are in agreement AEW can do [great things]. I mean, we’re already do great, destroying NXT and all that.”

Miro also talked about his AEW gimmick as the best man. He said that they needed a best man and he felt that it was a great spot for him. Though he is not just ‘a best man’ and according to the star formerly known as Rusev he is ‘the best man’