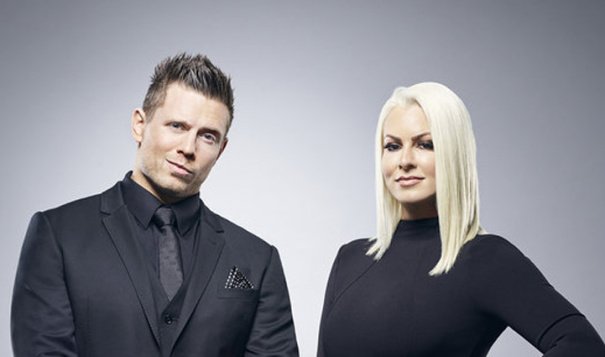 Miz & Mrs. has been renewed for a second season by USA Network and is set to premiere in 2020.

The first season did relatively well, gathering up around an average of 1.7 million viewers in the first three episodes.

USA Network announced the following regarding the renewal:

“It’s an especially good time to be a Miz & Mrs fan! Ahead of tonight’s midseason premiere, the hit USA Network reality series has been renewed for season two! Miz & Mrs” debuted on July 24, 2018, and focuses on the WWE superstars as they deal with becoming parents for the first time.”

The second season will be featuring 20 episodes when it airs next year. The show was initially going to have a run of six episodes from July 24 to August 28 of 2018, but an additional batch of 14 episodes was ordered owing popularity. These newer episodes have started airing from April 2 and are still part of season 1.

The Miz was obviously ecstatic regarding the announcement, saying that it is “absolutely unheard of” that another season was announced even before the first had finished airing.

[email protected] and I wanted to make a show that we are proud of, a show that allows you to step out of your reality and enter ours. A show that you can sit down together with your family and just laugh and be entertained. We are grateful to the @usa_network for ordering another 20 episodes. It shows the trust, and love, in our show before the new episodes even air. Our family, along with the entire crew, have have worked hard on giving you something special and we promise to continue doing so through the new episodes that begin airing tonight all the way through the 20 for the next season. 40 episodes in a short time is a tough task, but we are Mizanin’s and it will be #Awesome!

Will you be watching the second season of Miz and Mrs.?