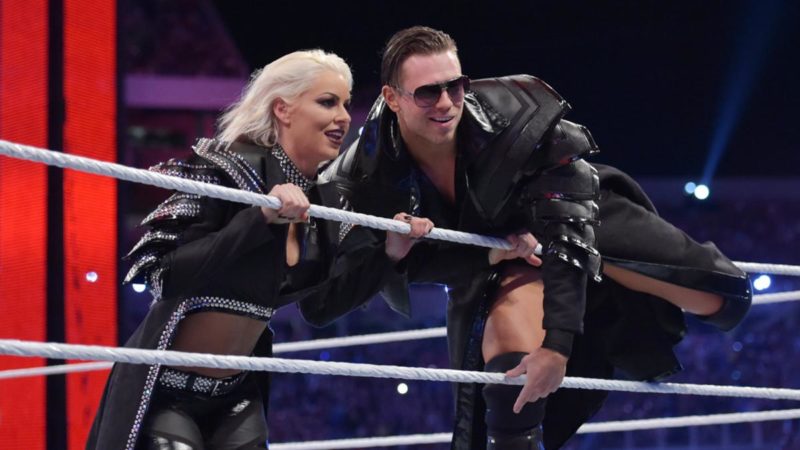 The Miz talks about Maryse.

The Miz revealed how his wife Maryse has helped his WWE career since her return to the promotion last year.


In a recent interview with Josh Barnett, Miz spoke about former Divas champion Maryse and the popularity of Miz TV.

Maryse returned to WWE’s on-screen programming last year, after Wrestlemania 32 and has aided her husband in more than a fair share of matchups since.

The Miz emphasized her positive influence on his career, besides talking about why he wouldn’t want to lose in front of his wife.

On Miz TV being the It Couple’s personal sanctuary, Miz stated-

Additionally, Miz explained the origin of his talk show, adding-

“The first idea for Miz TV that came along in like 2011 and my idea was, I want to be on this thing and make fun of people and beat people up. All of a sudden, we did the show and I ended up getting beat up and made fun of. I was like, How does this happen?”

Furthermore, he spoke about the evolution of Miz TV, explaining-

“It’s changed over time where I have become an antagonist. I would push people’s buttons and see where I could get them for the most interaction. But we’ve also been able to use it as a showcase for (Miz and Maryse) and tell our story and get that across. That’s’ what I want to use it for.”

Besides, he also asserted the positive influence Maryse has had since her return-

“I had become this arrogant and egotistical character, but ever since my wife has come back into WWE, I feel like my career has soared. It’s given me a new type of confidence. Whenever you wrestle in Speedos in front of your wife, you want to show off. You don’t want to get your butt kicked in front of your wife. And she helps out where she can. It’s great having her around. She’s a huge part of why I’ve had the success I’ve had.”

The Miz will challenge Dean Ambrose for the latter’s WWE Intercontinental Championship at Extreme Rules on June 4th.

Maryse and her better half live up to their moniker of being the A-Listers. They truly are the It Couple and here’s hoping we get to see the talented mic-savant feature in a more prominent role on Monday Night RAW.