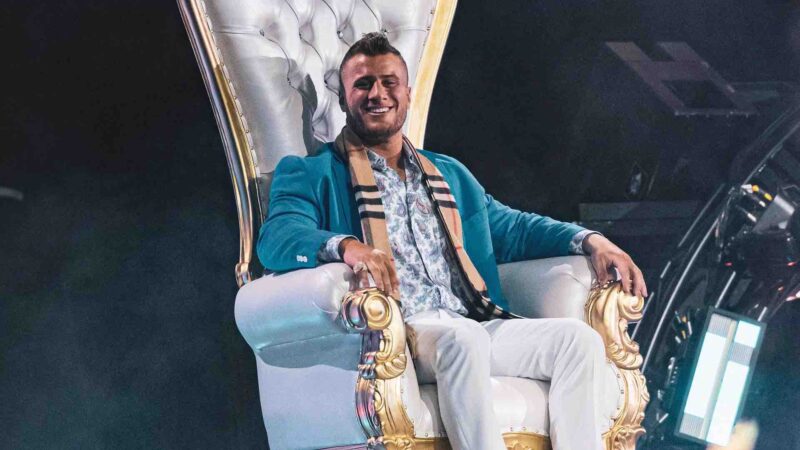 The three-time Dynamite Diamond Ring winner Maxwell Jacob Friedman(MJF) has been heavily teasing a potential-jump to WWE upon his contract expiry in AEW. He recently joined “Barstool Rasslin’s” podcast to talk about if he would want to wrestle the Undisputed WWE Universal Champion Roman Reigns if he ever goes to WWE. MJF’s contract with AEW is set to expire in 2024 and the three-time Dynamite Diamond Ring winner had previously made it clear that he’s open to jump ship, provided WWE rolls out more money than AEW President Tony Khan could possibly match.

According to Sean Ross Sapp of Fightful Select, MJF’s contract is officially up on January 1 of 2024, so he would feasibly be able to appear for the company at the 2024 WWE Royal Rumble.

AEW President Tony Khan doesn’t have an issue giving MJF a raise. However he has a condition and it seems he is asking MJF to sign for more years in order to get the raise. Meanwhile, MJF doesn’t want to. Will Washington of Fightful.com said that the AEW lockeroom is not on MJF’s side on this situation and if he wants more money he needs to sign on longer.

He noted how MJF recently had one of the top programming with CM Punk. He stated that ‘The Salt of The Earth’ is “still on his original contract.” He added: “MJF came into AEW not really worth this much as certain guys. So of course he is worth a lot more now.”

There have been concerns regarding MJF as fans were speculating whether he would work Double or Nothing to face Wardlow. ‘The Salt of The Earth’ suffered a crushing defeat against Wardlow after series of powerbombs.