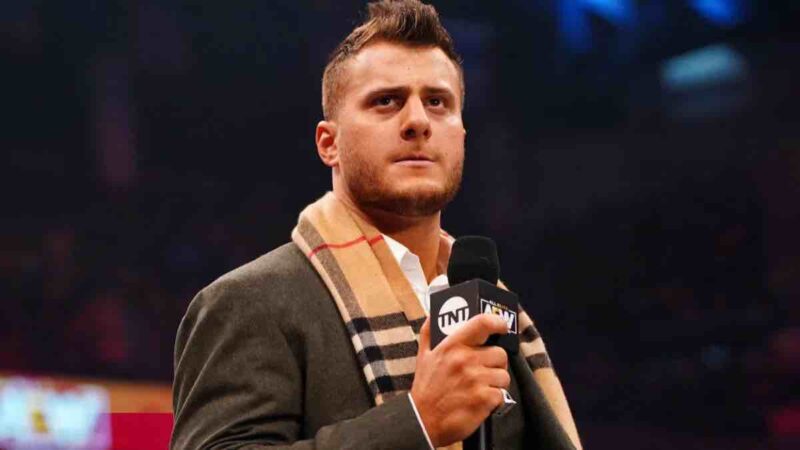 Several top stars of the WWE have emerged from the company’s training facility, Performance Center. AEW star MJF recently had an exchange with one fan who believes WWE hasn’t developed any talent at their Performance Center facility.

It all started when MJF stated that Pat Buck and Brian Myers’ Create A Pro wrestling school is “where Real wrestlers are taught Real wrestling.” MJF wasn’t taking a shot at WWE, but rather, he was touting the school that he trained at to become a pro wrestler.

A fan responded by saying the Performance Center has tied up millions of dollars and produced no one. MJF reacted by praising the training facility and creating several top stars when he namedropped some top names of WWE.

People on this app have fucking brainworms. https://t.co/LcmfHTQfEv

MJF has been teasing a potential-jump to WWE in 2023 upon his contract expiry in AEW. He recently joined “Barstool Rasslin’s” podcast to talk about if he would want to wrestle the Undisputed WWE Universal Champion Roman Reigns if he ever goes to WWE. MJF’s contract with AEW is set to expire in 2024 and the three-time Dynamite Diamond Ring winner had previously made it clear that he’s open to jump ship, provided WWE rolls out more money than AEW President Tony Khan could possibly match.

As it seems, Tony Khan doesn’t have an issue giving MJF a raise. However he has a condition and it seems he is asking MJF to sign for more years in order to get the raise. Meanwhile, MJF doesn’t want to. Will Washington of Fightful.com said that the AEW locker room is not on MJF’s side on this situation and if he wants more money he needs to sign on longer.

MJF will go one-on-one against Wardlow at Double Or Nothing later this month on May 29, 2022, at the T-Mobile Arena on the Las Vegas Strip in Paradise, Nevada.