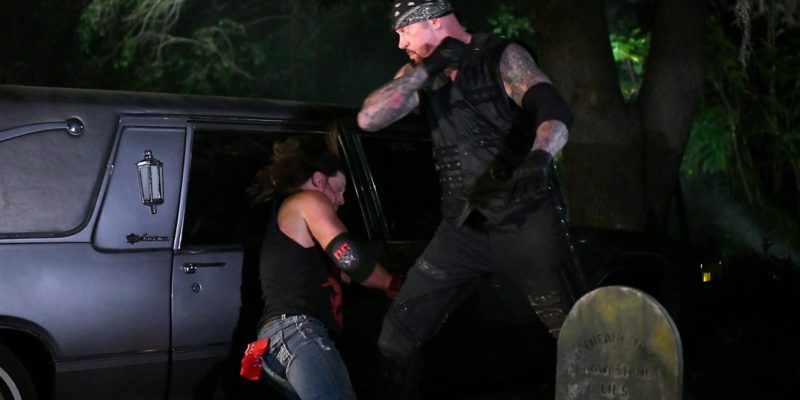 During the first night of WrestleMania 36, the main event saw The Undertaker square off against AJ Styles in a boneyard match. It was a very unique match experience for fans and there were apparently moments in the match that were not planned.

According to What Culture, The Undertaker and AJ Styles’ dialogue during the match was apparently “100% improvised.” It was also noted that the spot where Taker cut his arm was actually an accident.

During the match, he cut his arm on the hearse window. Everything he said regarding the accident was also improvised. The crew liked how it was shown in the shot, so it was kept. This would explain why Taker’s arm was seen bleeding throughout the match. The cut was definitely legitimate.

Many WWE Superstars praised the match for its innovation. Even Taker considers it the best match he has had in years.