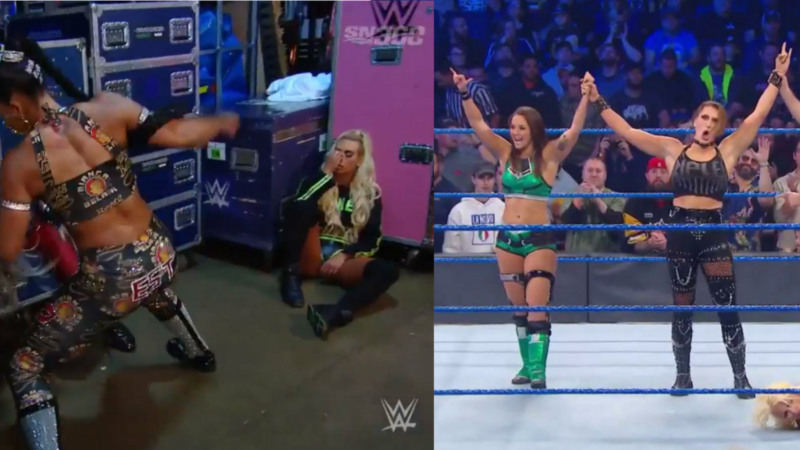 As seen on this week’s episode of SmackDown, a plethora of NXT Superstars showed up on the blue brand and attacked several members of the blue roster.

Bianca Belair single-handedly attacked Carmella and Dana Brooke backstage before their match against Fire & Desire. Following this, the two competitors in the ring were left without opponents and so out came Rhea Ripley and Tegan Nox.

It’s two of the participants in the first-ever women’s #WarGames match, @RheaRipley_WWE & @TeganNoxWWE_ on #SmackDown! pic.twitter.com/SP0RQBFkpw

The two NXT Superstars announced that they’ll take on Fire & Desire and so they did. However, things ended quickly after the debutants dominated the team of Sonya Deville and Mandy Rose, eventually getting the victory.