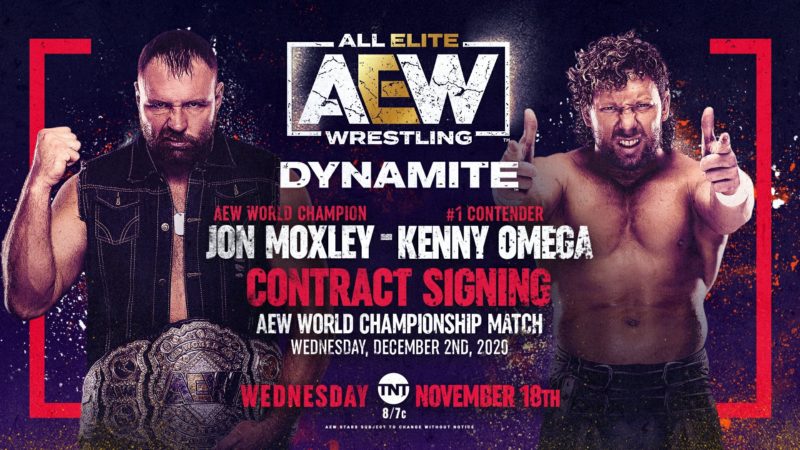 Big announcement for AEW Dynamite on 11/18

AEW has announced on Twitter that world champion Jon Moxley and number one contender Kenny Omega will meet face-to-face on this Wednesday’s episode of Dynamite on TNT.

The champion and number one contender will be on hand at the weekly AEW on TNT program to sign their match contracts for their December 2nd title showdown at the special episode of AEW Dynamite on TNT.

Check out the official announcement regarding the Moxley-Omega contract signing segment for this week’s AEW Dynamite via the tweet embedded below courtesy of the official AEW Twitter feed.

With that now known, featured below is a look at the updated official lineup for the Wednesday, November 18, 2020 episode of AEW Dynamite on TNT from Daily’s Place amphitheater in Jacksonville, Florida.