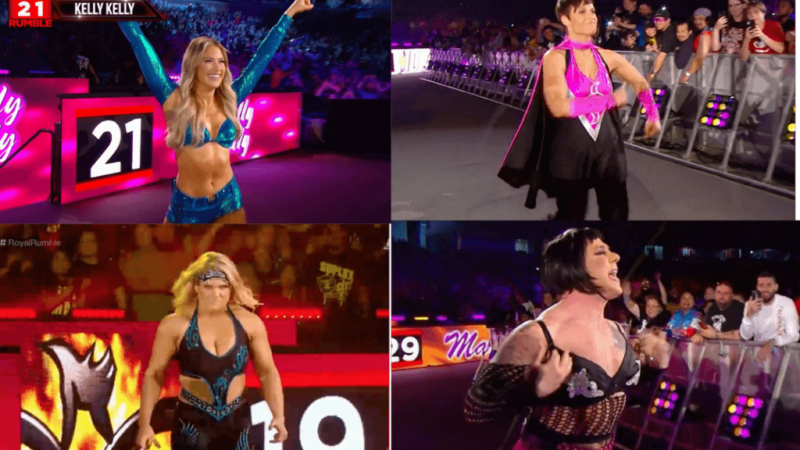 As seen in the Women’s Royal Rumble match from the Royal Rumble pay-per-view, multiple WWE legends made their surprise returns to the company.

This series of surprises started off with “Mighty” Molly Holly who entered the ring at Number 3. Molly stayed on in the ring for quite some time until she was eventually eliminated by Bianca Belair.

Next up was WWE Hall of Famer Beth Phoenix who entered the match at Number 19. Phoenix made it all the way to the Final Three and also surprisingly eliminated her best friend Natalya before being taken out by Shayna Baszler.

Then we saw the return of former Divas Champion Kelly Kelly who entered the match at Number 21. Kelly tried to eliminate Charlotte Flair but failed and got herself eliminated from the match.

And finally, in a true “WTF Moment”, Santina Marella entered the match at Number 29. The female alter-ego of Santino Marella tried to act all friendly with Beth Phoenix and Natalya but was quick to notice the fury in their eyes and therefore eliminated herself in a funny fashion.