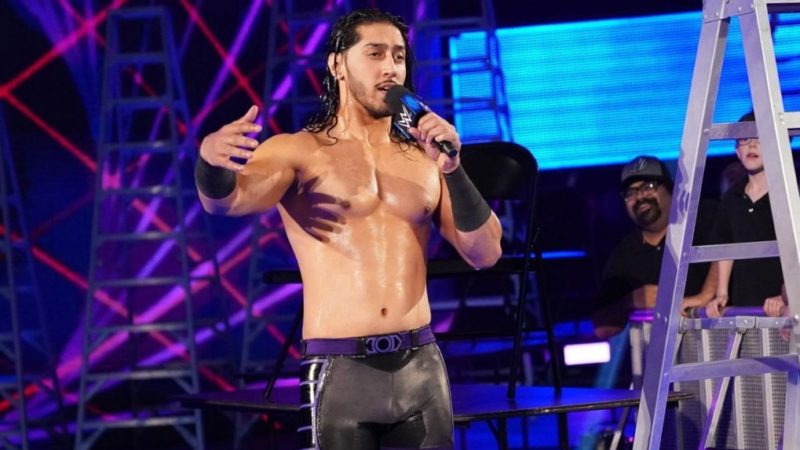 The most recent SmackDown Live acquisition has made quite an impact on the Blue Brand. Mustafa Ali has gone up against the best of the best on Tuesday nights, and even holds a pinfall victory over WWE Champion Daniel Bryan.

This Sunday at WWE Elimination Chamber, Ali was set to challenge for the WWE Championship in the Elimination Chamber match. Sadly, it doesn’t look like that will be the case, as multiple injuries will apparently keep him out of the brutal contest. Fightful reported that Ali has been working with an injured tailbone, which was exacerbated at the Royal Rumble.

Ali apparently also aggravated another existing injury over the weekend at a house show in Fort Wayne, Indiana, and it’s likely Ali won’t be cleared for action for the rest of the week. There’s no official word on who will replace Mustafa Ali in the title match, but we’ll more than likely know by the beginning of SmackDown Live, if not before.

According to Fightful, the WWE will put the blame on Randy Orton, so we’ll probably see some video of a backstage attack tomorrow.