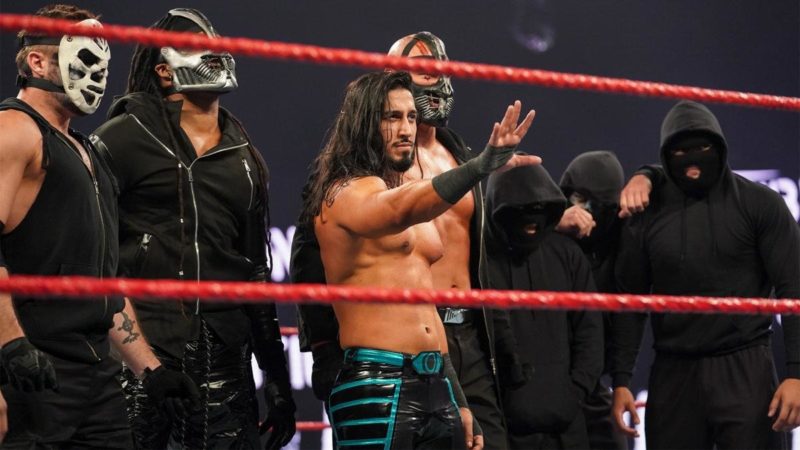 After months of speculation, Mustafa Ali has been revealed as the man in charge of the vigilante faction RETRIBUTION.

This week’s episode of Monday Night RAW ended with the big reveal, as Mustafa Ali lined up with other members of RETRIBUTION in the ring.

Some dreams die so others can live. pic.twitter.com/lxlpms4vX7

The reveal caused the WWE Universe to erupt on social media. Mustafa Ali acknowledged the reaction by sharing a screenshot of WWE’s official YouTube channel. WWE had uploaded a 3:05 minutes clip of the reveal, which got 1.1 million views within 17 hours.

Ali highlighted the number of views, and said in the tweet – “They want to watch the world end.”

When Mustafa Ali was out of the ring in early 2019 due to an injury, WWE started airing vignettes of a mysterious hacker on SmackDown who was believed to be him. That storyline was dropped soon.

On this Monday’s episode of RAW, Ali was facing off against MVP of The Hurt Business when RETRIBUTION appeared and surrounded the stage in their typical manner. Ali initially seemed to have aligned with The Hurt Business to fight off the rogue faction. But soon he walked off the ring to confront Mace and T-Bar of RETRUBUTION.

Soon it was revealed that it was Ali who was leading the group all along, when he ordered them to attack The Hurt Business.