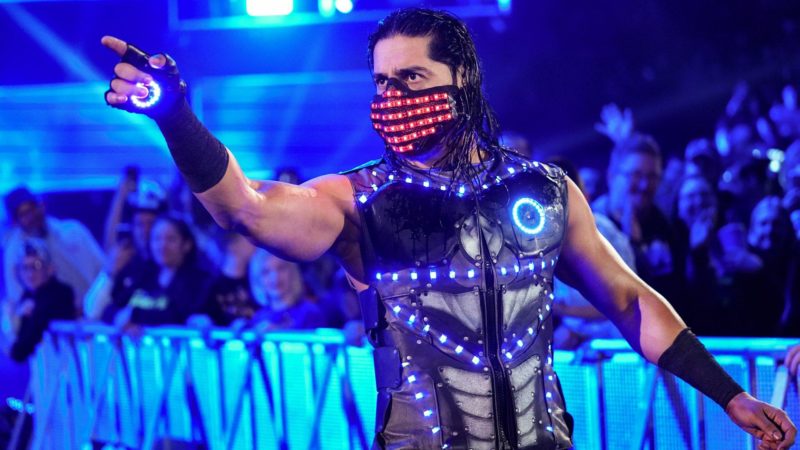 Is Mustafa Ali going to leave WWE? On the latest episode of the “Nitty Gritty Dirt Show” on RussosBrand.com, host Billi Bhatti and former WWE writer Vince Russo, discussed how while WWE have been able to re-sign the expiring contracts of Cesaro and Riddle to new contracts, the contract of Retribution leader Mustafa Ali is still set to expire as he has yet to sign a new contract. Wrestling-Edge transcribed Bhatti’s comments below. Kofi Kingston shot on Ali last month for ‘losing his spot’

Bhatti: The last thing is that Cesaro and Riddle have signed new contracts while Mustafa Ali has not. Ali lost on Raw this past week because he hasn’t signed a contract but those two guys have and will be staying with the company with these new reduced contracts that don’t allow third-party opportunities and I want to be completely, completely clear about that they were fine with signing.

Bhatti continued: Riddle wasn’t at first and I think Riddle was making good money anyway. I spoke about it on the show and it’s equivalent to the big stars – the mid to upper carders like [Kevin] Owens and The Miz anyway.

In other news regarding Mustafa Ali, the leader of the controversial WWE faction Retribution recently reacted to WWE icon and ‘The Ultimate Opportunist’ Edge winning the 2020 edition of the Royal Rumble. Taking to social media via Twitter, Ali lashed out at Edge getting a title match of his choosing – which will appear to be against Roman Reigns at WrestleMania 37 by tweeting out the following.

“I’d like to be the first to welcome back all the senior citizens that will surely take away opportunities from hungry, hardworking individuals on this glorious road to #WrestleMania”

I’d like to be the first to welcome back all the senior citizens that will surely take away opportunities from hungry, hardworking individuals on this glorious road to #WrestleMania