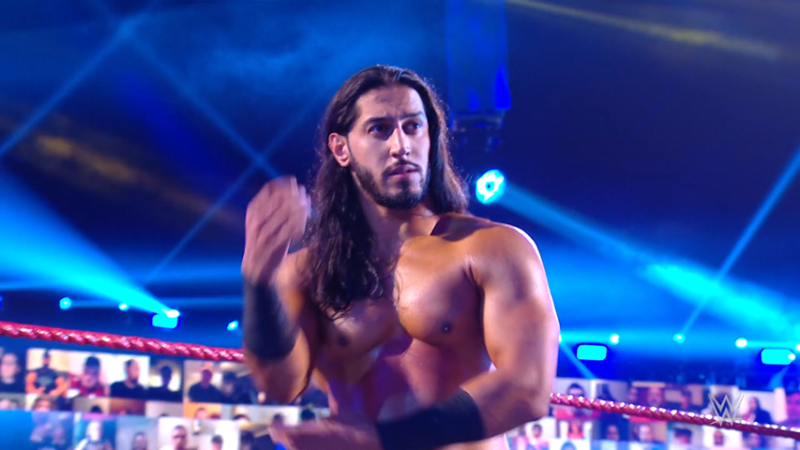 Bobby Lashley challenged Ali to a future match for the WWE United States Championship, and Ali appears to have accepted.

On Twitter, Lashley said that he would be waiting for Ali. Ali’s push in WWE has not been consistent, and despite being a fan favorite, he has not featured much on the show.

You use that US title to change your clothes.

I would use that US title to change this country.

Even you couldn’t handle the weight that comes with “United States Champion, Mustafa Ali.” https://t.co/XprlEufExD

Ali appeared a couple of weeks ago on WWE RAW, backing Cedric Alexander and Ricochet against The Hurt Business. However, after his initial appearance, he did not appear consistently. Ali revealed that he was a part of Main Event instead of WWE RAW, expressing his frustration with his position in WWE.

Now, it appears that Ali is finally getting a proper push and may challenge Lashley for the title extremely soon. A title shot is positive new for Ali but does not ensure his immediate victory.