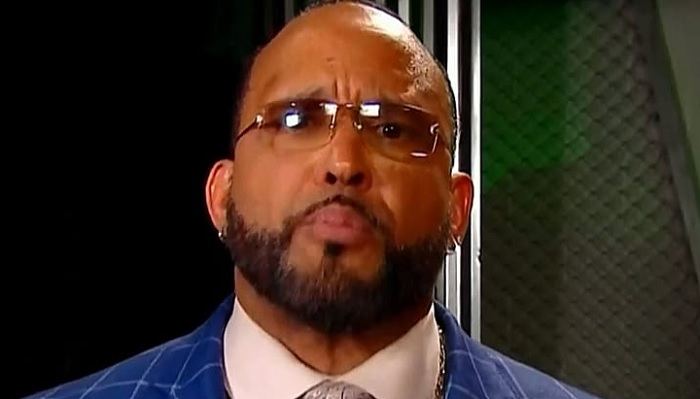 MVP, Sami Zayn, and Montez Ford were furious at another fan kicked out of WWE Raw on Monday, as seen below.


More weirdness from the crowd as the guy in blue gets ejected. No idea what was said, but Montez Ford waved him off with both MVP and Sami Zayn getting animated. pic.twitter.com/t3slCIs4ul

The Hurt Business has truly proven itself to be one of the most dominant factions in the history of WWE as Bobby Lashley, Cedric Alexander, Shelton Benjamin and MVP have shown the professional wrestling world that they mean business, before Shelton and Cedric were removed. The group started with Bobby Lashley and the rest joined in afterwards. MVP is to be credited for the success of the faction as all the members were floundering on the main roster until they formed the group. Bobby Lashley also successfully defended his WWE Championship against Drew McIntyre on Night One of WrestleMania 37. Bobby Lashley also seemingly brought back an Attitude Era group.

After breaking up, they eventually got back together again a couple of months ago on Monday Night RAW. A fan commented on MVP’s Instagram post and asked him if he is concerned about getting released from WWE. MVP simply said that he is not worried as he is rich.