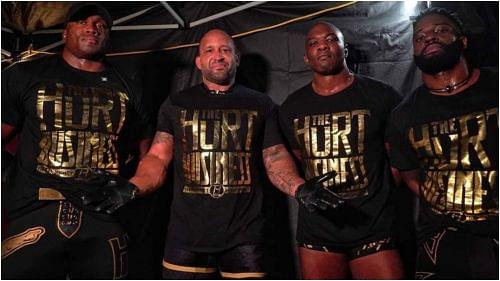 MVP has teased the fans on making an addition to the stable he formed, The Hurt Business.

MVP, Bobby Lashley, Shelton Benjamin, and Cedric Alexander, being the part of the stable and former WWE SmackDown Women’s Champion, Naomi were drafted to Monday Night Raw during the 2020 WWE Draft, during the Friday Night SmackDown.

Following the draft, MVP took to Twitter as he Tweeted a thinking face emoji. WWE should not be ruled out of anything as you never know what they could pull out from the bag.

The world of WWE is unpredictable and who knows, in the near future Naomi might also join the stable.

Cedric Alexander is the newest member of the stable after turning heel and betraying the WWE United States Champion, Apollo Crews and Ricochet. He attacked both the stars during a six-man tag team match and surrendered the victory.

The faction tried to recruit Mustafa Ali but was attacked on the last week’s episode of Monday Night Raw by the newly signed vigilante group, RETRIBUTION and Mustafa Ali was revealed as the group’s leader.

They could turning face soon if they are to get in a feud with RETRIBUTION as the vigilante group established themselves as a heel faction.