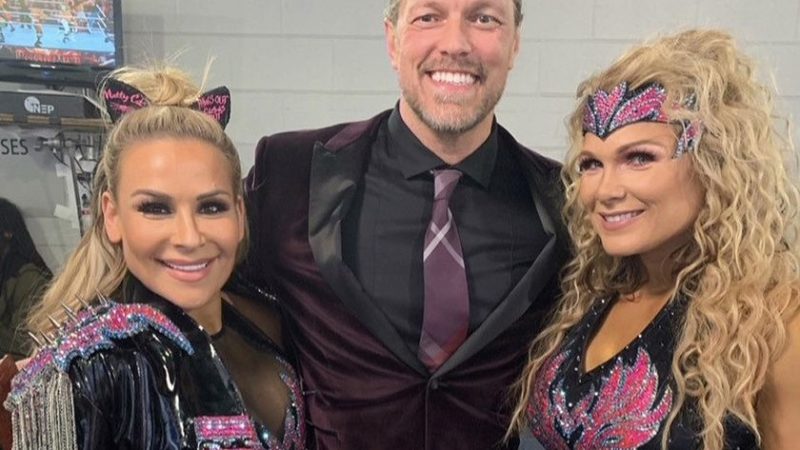 Natalya is a veteran in professional wrestling and a second-generation wrestler, but even she can require advice during important matches.

Natalya wrote in the Calgary Sun about a time when Edge helped her during a crucial match. The match was the first women’s ladder match in WWE, where she was one of the competitors. Edge was more than ready to give advice to her.

“Adam has always been someone I can turn to for advice or guidance whenever I need it. When I competed in the first women’s ladder match in WWE, it was Adam who I called to ask for help. I knew no one else had experience like Adam with that kind of a match, and he gave me so much advice.”

“Adam even drew pictures explaining how I could set the ladder up to win. Like a true friend, he wanted me to be my very best.”

“Last year, before I faced Becky Lynch for the Raw Women’s Championship at Summerslam in Toronto, I saw Adam about an hour before one of the biggest matches of my career.”

“I asked him for help. He stopped everything he was doing and found a corner of the arena to give me the very best advice he could give.”

“It made such a difference in my confidence and my performance that night to have his insight. I kept his words in my head throughout the entire match.”

Asking Edge was certainly the right decision as he has made a name for himself in ladder matches throughout his career. His advice certainly helped her and with him returning to WWE, he is sure to mentor other Superstars as well.