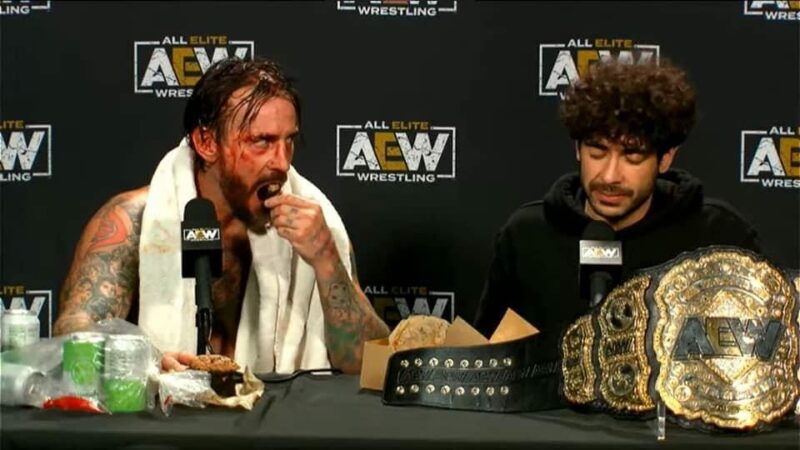 Natayla posted a tweet mocking CM Punk’s AEW All Out backstage meltdown before WWE SmackDown, as seen below.

This is Bob. Ms Neidhart hasn't sued anyone in this match, and she's also a locker room leader. For some reason, she was eating a muffin when she dictated this message to me. Bye. https://t.co/APQpwkWK3C

“Phil is not a bad pro-wrestler but what Phil is not is a martial artist,” Fish said. “I’ve been doing martial arts since I was eight years old, so I take a lot of pride in it.”

“He is a pro-wrestler, so go out, tackle, drop down, leapfrog, get it again, all that stuff, all good. In that lane, dare I say, he’s got talent but when it comes to martial arts, you are insulting the audience’s intelligence because we are supposed to be creating an atmosphere where you can suspend your disbelief.”

Fish continued to say that selling for Punk’s more MMA-inspired offense was insulting to him.

“It’s honestly insulting for you as one of my co-workers or peers. As a martial artist, you are asking me to go out and sell, put over, your bunk** martial arts which is insulting to the audience, it’s insulting to me.”

Fish continued to say that Punk was not happy with him after their match.

“Phil, after the match, was a c**t. Frankly, as a martial artist, I went out and I laid my shoulders down for you. You should be grateful that I did because on national TV if I decided that I wanted to f**king Haku your ass, I could have because you’re that little bit of a threat in my world. I’m not Jon Jones, or Anderson Silva, but I’ve been doing martial arts since I was young and I can handle myself enough to where I will fold you like a wet nap, Phill Brooks. So, for you to be c**ty afterwards because of a mistake that you made, it just doesn’t wear well.”