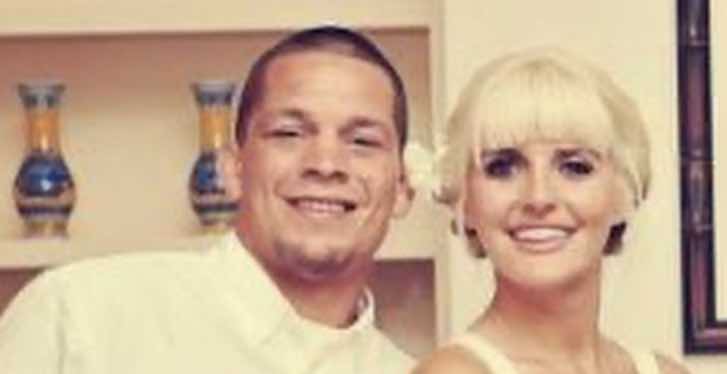 Nate Diaz won big over Tony Ferguson at UFC 279, and he recently took a photo with his beautiful girlfriend Misty Brown, where she shows off her legs. You can view it by going below.

MMA fan ‘Mini Khabib’ (real name: Kylie Meade) recently disclosed some interesting details about the possible reason behind Khamzat Chimaev missing weight ahead of his fight against Nate Diaz. Chimaev was scheduled to face Diaz in a five-round welterweight (170-pound) bout that was to headline UFC 279 on September 10th. However, the bout saw changes.

It is noted that the fight is a non-title welterweight bout. Both the fighters had a one-pound allowance, which means that the highest they could weigh at the official weigh-in was 171 pounds. Diaz, for his part, successfully made weight, coming in at 171 pounds.

However, Khamzat Chimaev missed weight at the official weigh-in. ‘Borz’ weighed in at 178.5 pounds, which is a whopping 7.5 pounds above the limit for non-title welterweight bouts.

Taking to Instagram, Khabib Nurmagomedov superfan Kylie Meade aka ‘Mini Khabib’ posted a photograph of herself alongside Khamzat Chimaev.

Meade’s Instagram post also comprised a statement in which she claimed that Chimaev was at a restaurant for hours, drinking sparkling water and possibly eating the night before the weigh-ins. She suggested that this might have contributed to ‘Borz’ missing weight. Her statement read as follows:

“Ran into Khamzat Chimaev He was hanging out at a restaurant for hours drinking sparkling water and (potentially ) eating the night before weigh ins and now Khamzat unfortunately misses weight by 8 pounds . I was worried all night about this when I saw it. I hope the fight still happens tomorrow, [K]hamzat was super nice to me and the fans but I thought it was so odd to see him not worried about water intake and possibly eating at the restaurant hours before weigh ins . #ufc279”