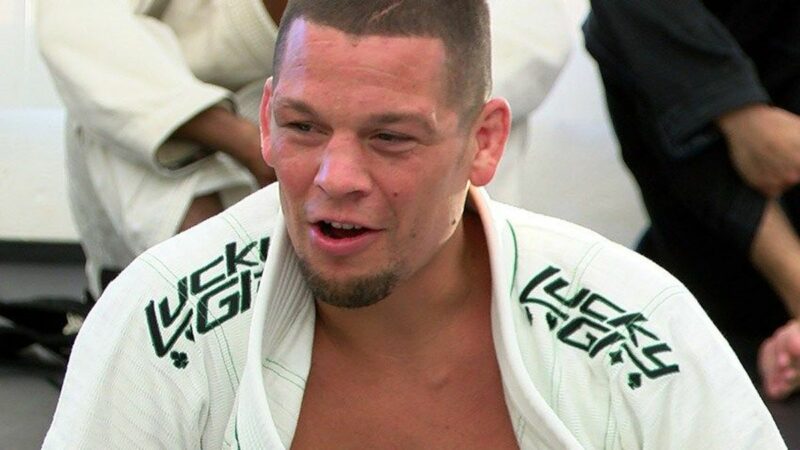 Nate Diaz was seen throwing a fake punch at a fan at the Amalie Arena in Tampa, Florida, where the Jake Paul vs. Tyron Woodley 2 event was underway. This led to the fan flinching and spilling his drink all over himself.