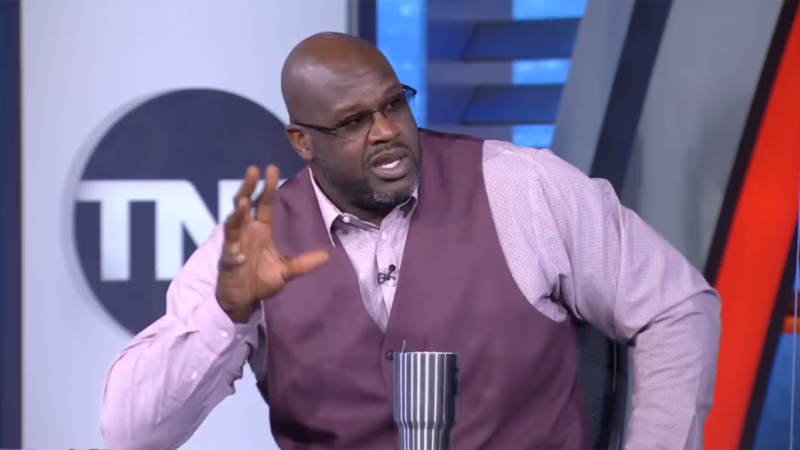 On last Tuesday’s Inside the NBA, O’Neal attempted to race Smith to the back wall and beat him, but before Shaq could get to the wall, Smith decided to turn left and shove O’Neal into a giant Christmas tree. O’Neal sat in the tree, and only his feet showed.

After O’Neal was helped up by co-host Charles Barkley and host Ernie Johnson, Shaq told “The Jet” that “it was on.” O’Neal wanted to race Smith again on Tuesday night at halftime of the Milwaukee Bucks and Golden State Warriors game. The Christmas tree Shaq landed in still stood in the studio, but Smith refused to run and revealed why.

Smith explained what Lucille told him because she wanted to protect her son.

“She was making sure she was alright,” Smith added.

Barkley, who once fought Shaq on the court when they played against each other and then went out to dinner together after it happened, mocked O’Neal for needing his mother to protect him.

“‘Be careful with my baby,’” Barkley said in a higher-pitched voice.