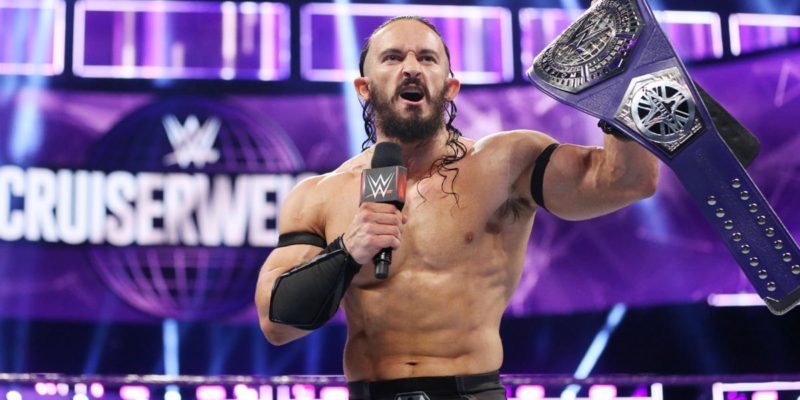 The King of the Cruiserweights has been notably silent on social media since his departure from the WWE back in October. Back then, Neville was on his way to losing a feud to then-Cruiserweight Champion Enzo Amore. However, Neville would walk out before the match took place, and Kalisto would replace him.

Neville reportedly left after mounting frustrations, both due to the lack of respect he and the cruiserweights got, and being forced into a cruiserweight only role. However, after 205 Live’s rejuvenation, the WWE Universe wondered if the man gravity forgot would come back.

Up until now, there had been no word on the status of Neville and the WWE. While still signed to the company, it seemed he had no intention of heading back. However, now it seems that may be a possibility.

In the latest edition of The Wrestling Observer Newsletter, Dave Meltzer reported that Neville is once again talking with the WWE about a return, which could happen as early as April, possibly in time for Wrestlemania. Other reports state he may confront the winner of the Cruiserweight Title Tournament at Wrestlemania.

It’s important to note that, at this point, these are all just rumors. Wrestling Edge will do our best to keep you updated on any further details.