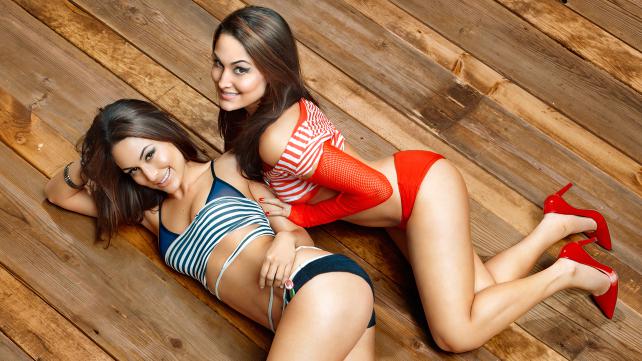 The Bella Twins are on fire. Not only is Nikki a producer of her own reality television show empire but she is also living the life of a true celebrity. Where ever you find John Cena on a red carpet or doing a media appearance, Nikki is usually around somewhere. On the other hand, Brie Bella is loving her life as well as the new mother to her and Daniel Bryan’s first daughter, Baby Birdie Joe Danielson. Life seems like it can’t get any better for the Bella Twins, or can it?

Dave Meltzer noted in a recent issue of the Wrestling Observer Newsletter that WWE has filed for a trademark for the name “Bella Appetit.” This new name will be the title of a planned television show starring Nikki and Brie. The show is slated to be a cooking show where they explore life, recipes, travel, restaurants and other such topics. You can probably bet they will also talk about gardening if Daniel Bryan has anything to do with the show.

It looks like WWE Network is finally getting their ducks in a row at this point. They’re sitting at over a million subscribers and that was one of the initial goals of the endeavor. They had a very successful Cruiserweight Classic tournament and they’re following it up with a Mae Young Classic which will consist of only female competitors.

Bryan Alvarez noted on an episode of Wrestling Observer Live and it was backed up in the Newsletter that WWE is planning a tag team tournament next. This will give indie talent all over the world a chance to show WWE what they can do. This is a great idea especially if WWE plans on hiring a couple of these teams. After all, one of the primary complaints about the tag team divisions on Raw or SmackDown Live is the fact that there just doesn’t seem to be enough competition.