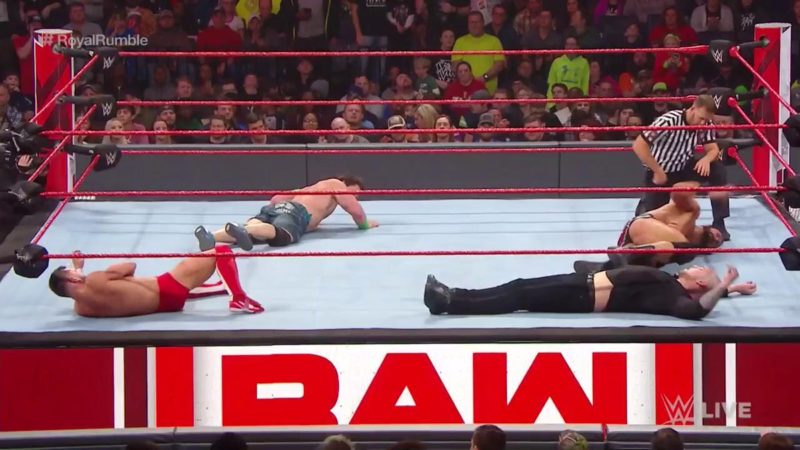 Braun Strowman was originally set to challenge Brock Lesnar for the Universal Championship at WWE Royal Rumble. Strowman earned the opportunity after defeating Baron Corbin at WWE TLC. However, it was due to Corbin tonight that Strowman lost his opportunity.

Who will be @BrockLesnar's new opponent for the #UniversalChampionship at the #RoyalRumble?? The winner of a #Fatal4Way Match between @FinnBalor, @JohnCena, @DMcIntyreWWE & @BaronCorbinWWE! #Raw pic.twitter.com/jW1NWtO9db

Because of that, Vince McMahon revealed that the new challenger would be decided in a Fatal-4-Way tonight featuring Finn Balor, Drew McIntyre, Baron Corbin, and John Cena. McMahon wasn’t so sure about Balor and said that he didn’t have the necessary “meat” to get the job done against any of those men or Lesnar.

Balor would prove him wrong, though, and would actually end up pinning John Cena in the middle of the ring after a Coup de Grace. After the match, Cena personally congratulated him and raised his hand.

.@FinnBalor will battle @BrockLesnar for the #UniversalChampionsip at the #RoyalRumble and has gotten quite the endorsement from @JohnCena on #Raw! pic.twitter.com/fjqgDz3Z15