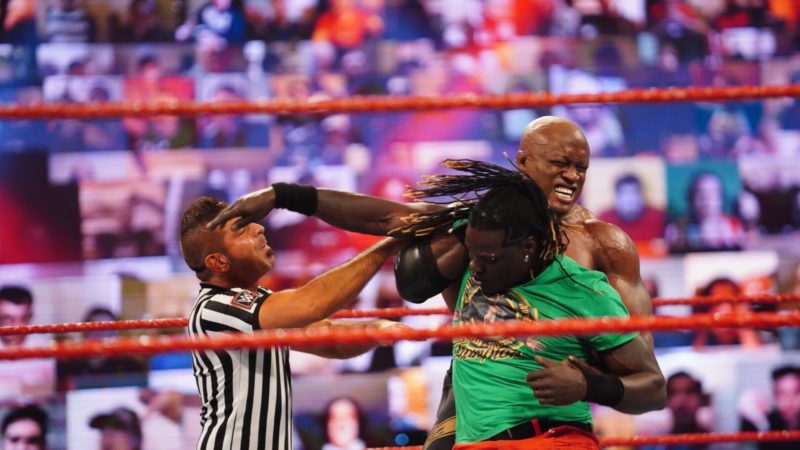 R-Truth had a rather rough time on Monday Night RAW tonight, starting with a match against The Destroyer. The WWE 24/7 Champion expected to meet his hero Bobby Boucher, and maybe get a signed water bottle.

In a sad, yet predictable turn of events, R- Truth was placed in a match against the US Champion. Bobby Lashley made quick work of Truth, laying him out with a spear and the Hurt Lock. Immediately after the match, though, Drew Gulak tried to make a move.

He tried, but Lashley wouldn’t let it be that easy. The Dominator took Gulak out with the Hurt Lock. However, he did decide to place Gulak on top of Truth, for some reason.

He's the new #247Champion and he might not even know it…

Because of that, Gulak, though out cold, was crowned the new 24/7 Champion. With a little under two hours left on RAW, odds are it won’t last long.