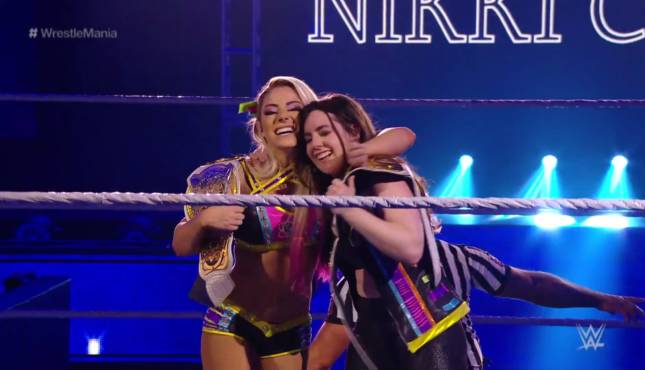 This year’s WrestleMania was different from previous iterations. WWE had to drastically change plans for the show due to the COVID-19 outbreak and that included not having a live audience. Many titles were on the line on the first day of the event.

Alexa Bliss and Nikki Cross faced off against The Kabuki Warriors in the opening match of the first night. For a long time, Bliss had taunted The Kabuki Warriors and demanded a match for the WWE Women’s Tag Time Titles. They finally got their wish at WrestleMania.

It was a solid contest with both teams giving it their all in order to come out victorious. Towards the end of the match, Bliss hit a Twisted Bliss and got the three count.