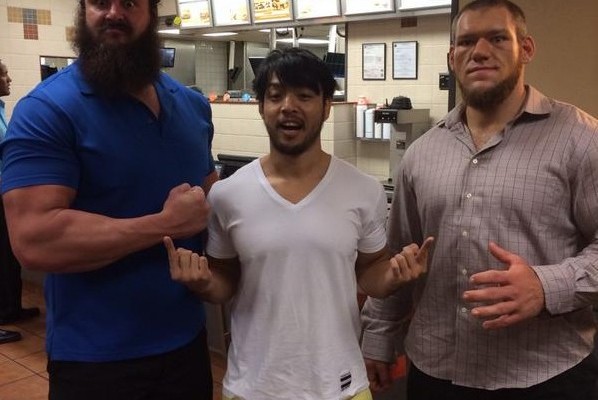 – The new WWE NXT star that Sasha Banks and Kevin Steen hyped on Twitter is confirmed to be Dylan Miley, who impressed WWE officials with a 37-inch vertical leap at a tryout back in 2013.

It looks as if Miley’s large size may be a part of his character. He’s also been posting photos of his very large hands, leading to some speculation that he may use a claw as his finisher. I was also told that Miley is a “spectacle on the mic.”

Below are some recent photos of Miley with Finn Balor, Hideo Itami and Braun Stowman: