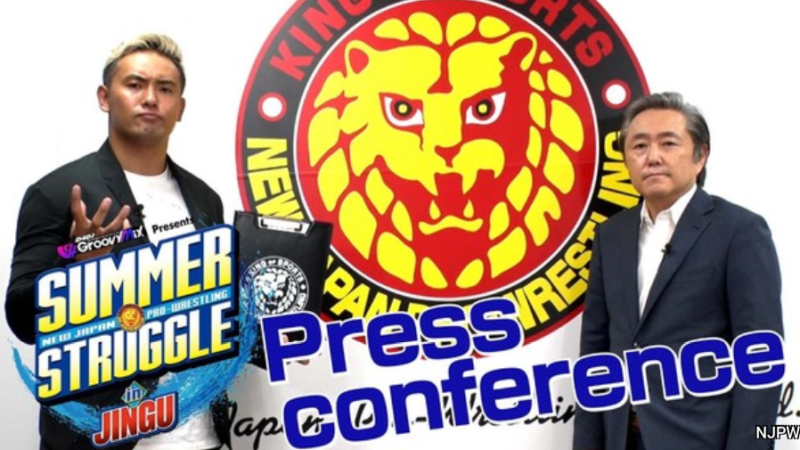 NJPW announced in a press conference early this morning the introduction of the KOPW 2020 title. The new annual tournament will see eight wrestlers compete in a variety of match-types, including ladder matches, steel cages, and other gimmicks that are often not seen in the NJPW lineup. It should also be noted that the wrestlers themselves will present the match gimmick they want, with fans choosing on the bouts eventual stipulations. Details, including the full video press conference, can be found below.

After teasing a ‘controversial idea’ backstage since Sengoku Lord in Nagoya, Kazuchika Okada held a special press conference today to announce the KOPW 2020 title. Unlike any other championship in New Japan Pro-Wrestling, this will not have a championship belt, and instead be reset at the end of each year. Here are the details:

The provisional KOPW 2020 will be decided across two nights, on August 26 in Korakuen Hall, and on August 29 at Summer Struggle in Jingu Stadium.

Eight wrestlers will wrestle in four singles matches on August 26.

Each wrestler will bring their own desired match rules to the first round. Okada suggested that ‘there are all kinds of rules. Two out of three falls, ladder, steel cage matches, it could be anything’.

Fans will vote on which wrestler’s rules the singles matches will be contested under.

The winners of those singles matches will advance to a four way match on August 29 under ‘regular’ four way rules. The winner of that match will be provisional KOPW2020.

The KOPW title can be defended until the end of the year, with stipulations to be voted on by fans. The winner of the last KOPW2020 title match of the year will be presented with the KOPW trophy, and the process begins anew in 2021!

Okada stated that this would provide action that is ‘completely different from what we’ve expected from IWGP titles, and from NJPW’ but represented a completely fresh approach. Don’t miss a second of KOPW2020 in NJPW!