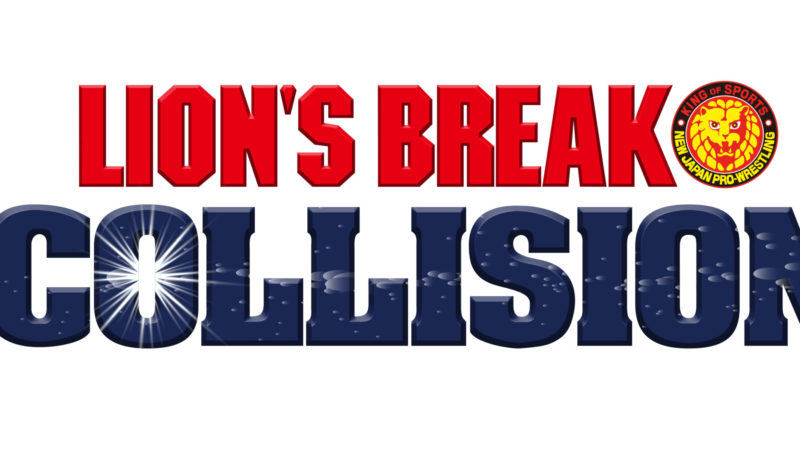 New Japan Pro Wrestling has announced a new weekly series called Lion’s Break Collision. It will be airing on New Japan World and will feature up and coming talent as well as established stars.

The show concluded filming last week and will feature the NJPW debut of many local talents. It will start airing next month from July 3, 2020, at 7:00 p.m. Pacific, and will air every Friday night in July.

The first episode will see Alex Coughlin square off against Clark Connors. It will also feature Jeff Cobb and Rocky Romero facing TJP and Karl Fredericks.

It was also announced that former MLW Heavyweight champion Tom Lawlor will be making appearances on the show as well. Rust Taylor, Danny Limelight, and Dylan Kyle Cox also took part in the tapings and will be featured in future episodes.

The promotion has run events under the Lion’s Break banner at the Anaheim Convention Center for the past two years. They featured veteran NJPW stars along with talent from NJPW’s LA Dojo and independent wrestlers the promotion was interested in.