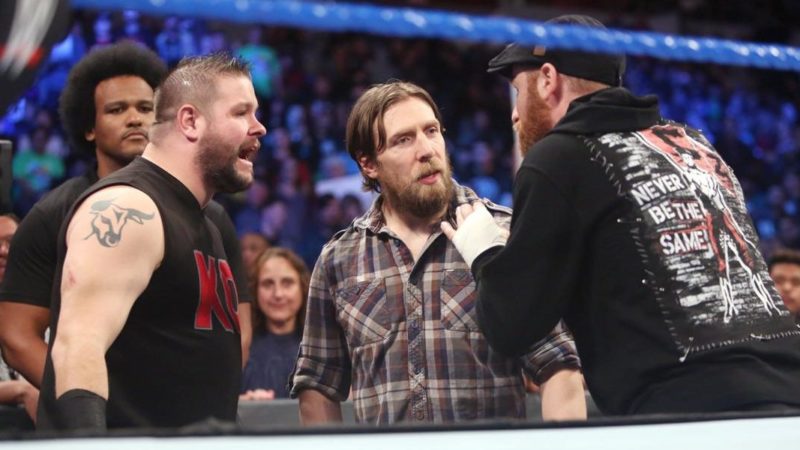 We noted before how WWE announced 3 Championship matches for the upcoming Clash Of Champions PPV last week in a strange manner via a video package.

However, during the latest episode of SmackDown Live, the company made changes to two announced bouts and also revealed a new match for the show.

During the opening segment of SmackDown Live, it was announced that Kevin Owens and Sami Zayn will be up against Randy Orton and a partner of his choosing at the upcoming PPV.

Later in the night, it was revealed that Shinsuke Nakamura will be the partner of the Viper and then Shane McMahon added himself as the special guest referee to the bout with the stipulation that if Owens and Zayn lose, then they will be fired from the company.

Also, After Rusev and Aiden English defeated the New Day in a tag team match, it was announced that these two will also be part of the Tag Team Championship match, making it a fatal four way,

The final change was made to the Women’s Championship match and it was revealed that it will now be a lumberjack match. After tonight, here is the updated match card for Clash Of Champions PPV:

Rusev & Aiden English vs. The New Day vs. Shelton Benjamin & Chad Gable vs. The Usos

Sami Zayn and Kevin Owens vs. Randy Orton and Shinsuke Nakamura with Shane McMahon As special guest referee. If Owens & Sami lose the match they will be fired from WWE.