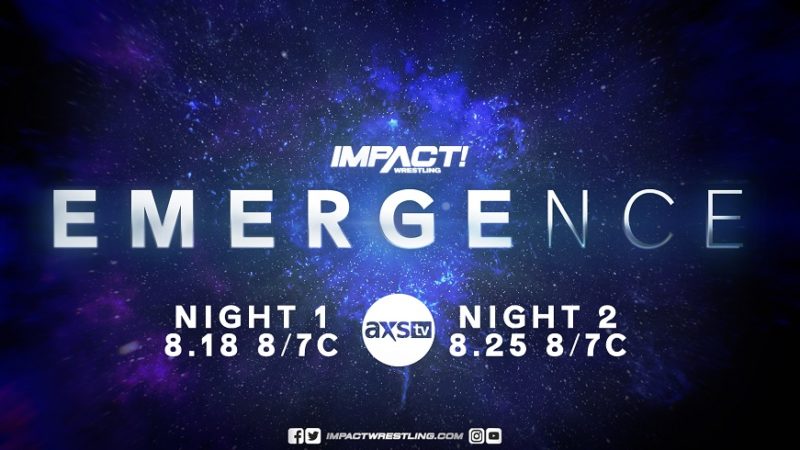 Following this week’s edition of IMPACT On AXS TV, the nearly completed card for the upcoming IMPACT Emergence Night 1 special event was revealed.

Taya Valkyrie will go one-on-one against Kylie Rae in what is being billed as a “Wrestle House Match,” which follows a couple of weeks of both women being in the house for the reality show segments.

After successfully defending his IMPACT World Championship against Brian Myers on Tuesday night’s edition of IMPACT On AXS TV, the reigning title-holder has been confirmed to be putting his title on-the-line against an opponent yet to be announced at the IMPACT Emergence Night 1 special event.

Featured below are the current advertised lineups for the IMPACT Wrestling Emergence two-week extravaganza, which airs on AXS TV on Tuesday, August 18, 2020, and again on August 25, 2020:

Check back here at Wrestling-Edge on 8/18 and 8/25 for complete IMPACT Wrestling Emergence Night 1 and Night 2 Results coverage.

#Emergence is coming over the next TWO WEEKS on @AXSTV! pic.twitter.com/QaTxRRvq6Y