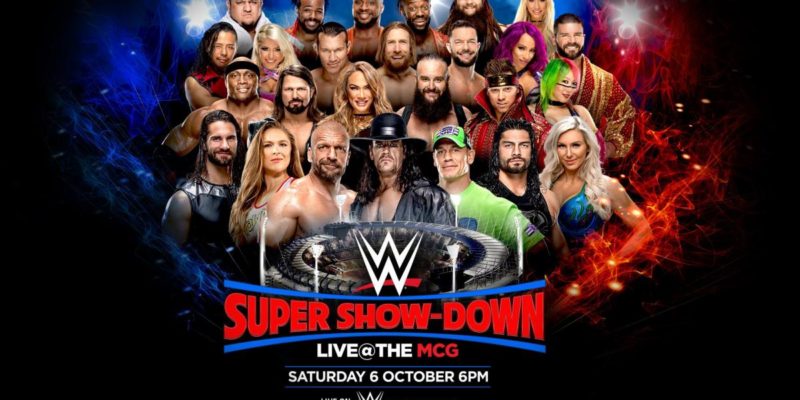 WWE Super Show-Down takes place on October 6 in Melbourne, Australia. On tonight’s episode of Smackdown Live, it was revealed that the Blue Brand would add two more matches to the event.

Asuka saved Naomi from a post-match beatdown by the IIconics, prompting a tag team match between the two at Super Show-Down. Also, the New Day will defend their Smackdown Tag Team Titles against The Bar, which might spoil the title match at Hell in a Cell.

Below is the current card for WWE Super Show-Down