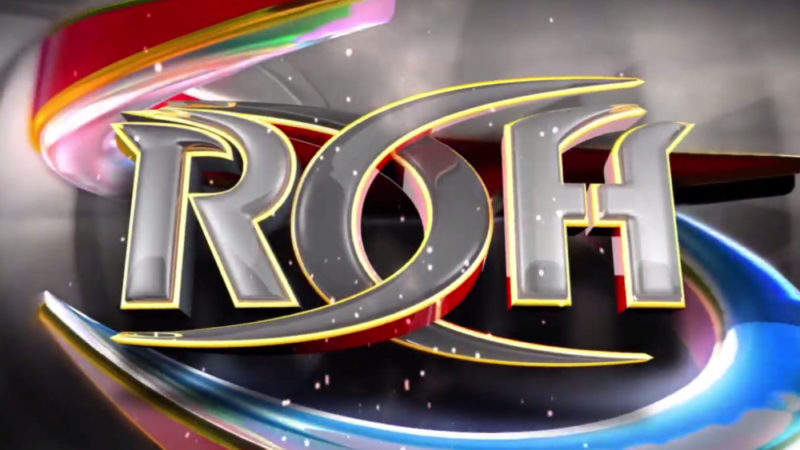 Ring of Honor issued the following to us:

The Best Wrestling on the Planet, Ring of Honor, returns to  Pay Per View on Friday, September 18 with All Star Extravaganza VII. This event will be live from the San Antonio Shrine Auditorium.

ROH is bringing a jam packed list of stars to San Antonio to celebrate a truly unique event. The stars in San Antonio will shine brightly in the Texas sky, but they will pale in comparison to the stars signed for this live Pay Per View event!

If you want to be there live, you can get your tickets right now by clicking HERE

One of the biggest rivalries in Ring of Honor is set to explode at ASE VII as Moose faces off with Cedric Alexander in a No DQ contest!

Moose is a former NFL Offensive lineman who arrived in Ring of Honor at Best in The World ’14 to much fanfare. He would steamroll everyone in his path alongside friend Stokely Hathaway and advisor Veda Scott. The world took notice of what would be known as “The Streak.”  Moose was unbeatable, defeating everyone placed in front of him for nearly one year.

Cedric Alexander has been hyped by many as the future of pro wrestling. He has all the physical tools to be the elite performer that is expected, but some said he lacked the mean streak needed to reach that level. Cedric would shock the world this past May in Toronto, Canada at Global Wars night 2.

Moose brought his streak into Global Wars, scheduled to do battle with Cedric Alexander. The fans reacted accordingly and they admired both Moose and Cedric as the battle intensified. The ending is what shocked everyone! Cedric Alexander defeated Moose, pinned his shoulders to the mat after a vicious right hand. That right hand was holding a wrench!

After Best in The World ’15 things became clear. Cedric revealed that Veda Scott was no longer with Moose & Stokely, but rather she had joined forces with the newly hated Alexander.  She believed Moose was getting soft and pandering to the fans. He put an exclamation point on his new attitude by knocking out Stokely Hathaway with a right hand loaded with his wrench!

Moose and Alexander faced off again at Death Before Dishonor XIII. Moose was looking to avenge his first loss. Unfortunately that was not meant to be as he met the same fate as in Toronto. A right hand loaded with a wrench! Moose had not only lost, but now had lost twice to Alexander.

At DBD XIII, Cedric crossed a line. Prince Nana, a mentor and the man who scouted Moose for Ring of Honor, was assaulted. Alexander would introduce Nana to the same right hand that he beat Moose with twice. A furious Nana had one last lesson to teach both Stokely and Moose. Nana’s preached that his final lesson was to show Moose how to not play by the rules. On a recent episode of Ring of Honor Television, Nana shook “Big Stoke’s” hand and congratulated him. Nana saw the final lesson he was attempting to teach Hathaway had been learned. Nana wanted him to understand that the best monster is a well-rounded monster. Nana now believes that Hathaway is the man to guide Moose to the promise land!

That wrench is the catalyst for the match on at All Star Extravaganza being No Disqualification. That wrench in the right hand of Cedric, thrown with bad intention is what has woken up the monster within Moose!  Stokely Hathaway has the task of ensuring Moose stays on course. Moose is coming to San Antonio a monster ready to destroy Cedric. Cedric and Veda Scott will be scheming to make sure that victory is the only result! Can Cedric prove to once again be Moose’s kryptonite? Or is a No DQ environment exactly what Moose will need to finish off his rival? What roles will “Big Stoke” and Veda play? With no rules, anything is possible!

GET YOUR TICKETS NOW BY CLICKING HERE. IF YOU CAN’T BE THERE LIVE, YOU CAN WATCH LIVE ON PAY PER VIEW.

You can see it on live Pay Per View through all major cable & satellite companies,For a list of providers, click HERE

The Boy’s vs Silas Becoming One of Dalton’s Boy