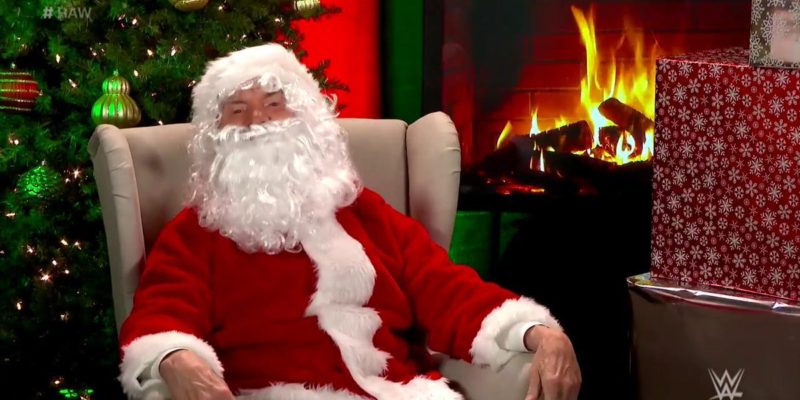 After months of teasing fans and not so subtly hinting that the WWE would eventually bring them to the roster at some point in the near future, the women’s roster will finally have a tag team championship.

Fans have been clamoring for women’s tag titles for a while now, especially since the talent roster is so deep.

With both Raw and SmackDown Live touting some great female talent, we can sometimes see fan favorites get bogged down due to creative not having much for them to do.

Recently, Bayley and Sasha Banks have been doing their best to bring the titles to the main roster, even discussing them in an open forum on Raw on December 3rd.

Well, it seems that the Boss & Hug Connection may have gotten their wish. During tonight’s Christmas Eve episode of Monday Night Raw, Mr. McMahon, dressed as Santa Claus, officially revealed that the WWE would be introducing the titles in 2019.