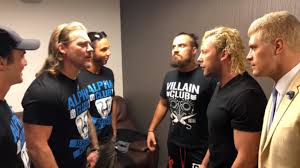 Last month, there were rumors of  Chris Jericho, Jim Ross and The Elite working alongside a wealthy business owner to start a new wrestling promotion.

Till this point, they were merely rumors and were denied by both Chris Jerico and Jim Ross across social media. The idea being that Jericho, Ross, and The Elite had reached out t Tony and Shad Khan so that they would help in creating a wrestling promotion.

But now it seems that the rumors weren’t baseless and have some grounds to back them up. Quite a few trademarks have been filed by a company known as All Elite Wrestling, LLC.

It is to be noted that the trademarks were filed in Jacksonville, FL and is registered to 1 TIAA Bank Field Drive in Jacksonville which is home to the Jacksonville Jaguars. The stadium is owned by Shad Khan. This goes with the idea that Tony Khan is working with Jericho, Jim Ross and The Elite.

Here are the following trademarks that were filled by All Elite Wrestling, LLC:

From the trademarks, it seems that there would even be a weekly TV show by the name of ‘Tuesday Night Dynamite’. Plus there have been talks of The Elite holding more events similar to ALL IN sometime later.

Knowing Chris Jericho, he is tight-lipped about this and will continue to deny the rumors until he has to announce it. Till then, we will keep you updated on the situation.