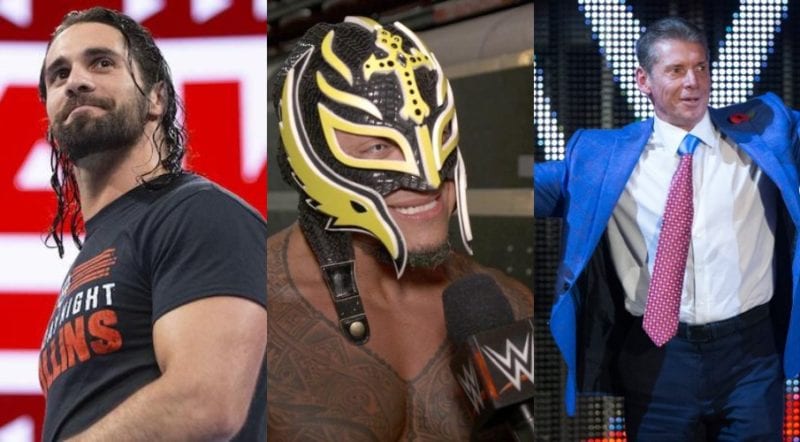 The WWE management is notorious for micromanaging things and so it’s not hard to assume that the eye for an eye match at the recent Extreme Rules PPV had Vince McMahon’s imprints on them.

However, if we believe the former Universal Champion Seth Rollins, then it wasn’t the case and they actually got a lot of freedom with the planning for the bout.

The former Shield member recently had an interview with TalkSport.com and during the interview; Rollins revealed that a lot of times Mr. McMahon actually lets them figure things out

“A lot of the time, Vince says ‘here’s what we want to do’ and he gives us the ball and let us figure out how to take it to the end zone. Again, when the idea was presented to me, I was aghast. I thought it was ridiculous and a bit of a joke. But the more I thought about it and the more it came to pass I was like ‘OK, this will be different.’ And it can be good and we don’t have to scoff at everything right out of the gate – I don’t want to be that person.”

Continuing on the topic, the former NXT Champion revealed that the eye for an eye match was mostly laid out by him, Rey Mysterio and Jamie Noble and the Boss had very little involvement in the planning of the match:

“Vince wasn’t as hands on as people think that he was. If I’m going to break the fourth wall here, so to speak, it was really 99.9% myself, Rey Mysterio and Jamie Noble. At the end of the day, you had Vince who made the final call on what the last shot was going to look like and that’s pretty much it. There was a couple of versions of what that final shot would look like and we went with the one that we thought made the most sense. It was a joint-decision on everybody’s behalf.”