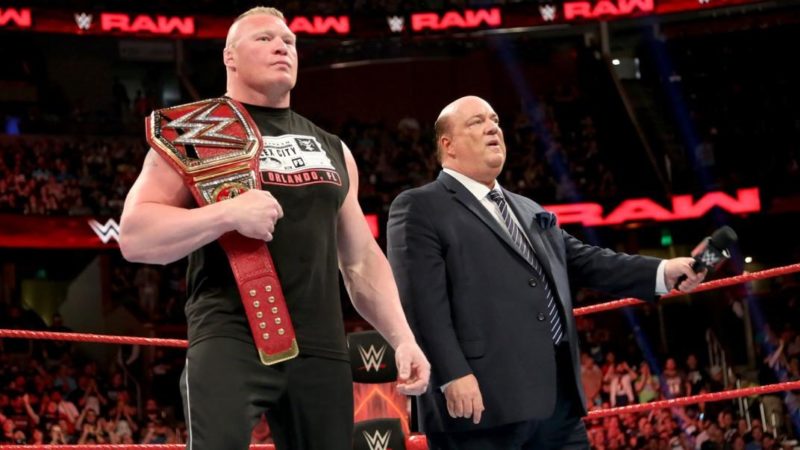 We noted before how WWE advertised a segment between Brock Lesnar and Roman Reigns for this week’s episode of Raw, only for the Beast to ‘no show’ the event.

Now Pwinsider has given an update on the situation, revealing that Lesnar was originally written to be a big part of the show featuring a ‘lengthy back and forth’ promo between Reigns, Lesnar and of course Paul Heyman.

The plans were obviously changed later on and the Big Dog ended up delivering a solo promo taking shots at the Universal Champion for not showing up.

Wrestling Observer speculates that the promo was designed to achieve the long-lasting goal of WWE of getting Reigns cheered at WrestleMania when he beats Lesnar for the title.

The idea behind it was to promote Roman as the hero who shows up and works hard opposed to Lesnar who is a part-time performer, in hopes that his no show will put heat on Brock and make the anti-Roman fanbase finally cheer for the former Champion.

Though none of these reports reveal a clear reason why the Universal Champion was not at Raw despite being advertised for the show in advance.

The speculations vary from WWE changing their mind about the Brock-Roman segment for the show to the Beast actually no-showing the event as a negotiation tactic for his resigning, forcing the company to act on the fly.