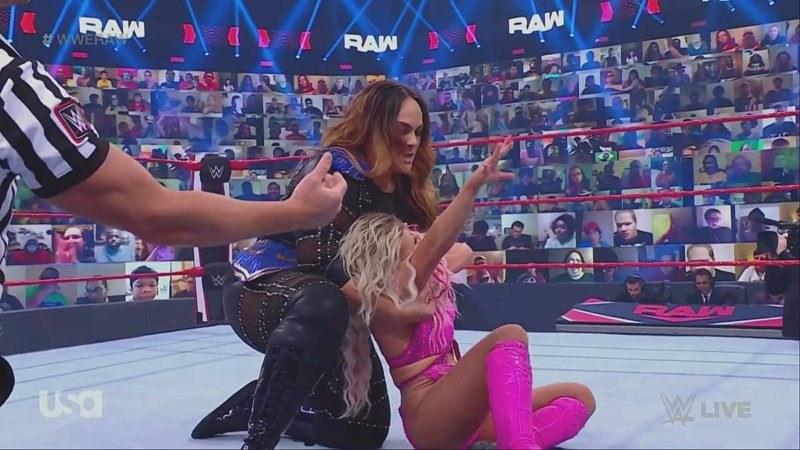 Nia Jax botched as she attempted to get back in the ring during a match with Mandy Rose on Raw, slipping on the apron. It appeared to be a fake botch, as a major storyline on the show was Nia mocking Mandy’s WrestleMania botch. You can view the ‘botch’ below, and decide for yourswelf if WWE have decided to create their own fake Botchamanias. Maffew will probably know best!

Elsewhere on Raw, The Miz defeated Damian Priest to avenge his WrestleMania loss to Priest and Bad Bunny.

“Bad Bunny is the biggest recording artist out there right now,” The Miz told Sports Illustrated. “He’s performed at the Super Bowl with Shakira and J.Lo, he won a Grammy, he’s been on SNL. This guy is very popular and he’s generating a new audience to WWE.”

“To get a spot at WrestleMania, you have to be at the top of your game,” Mizanin says. “I made sure Bad Bunny earned it.”

He also discussed Roman Reigns, “Roman has represented the company with such poise. He’s a true superstar in every sense of the word, and clearly, he is ‘The Head of the Table.’ ”

He said about a third WWE title reign, “I do believe I’ll hold the title again. It wasn’t as long as I would have liked, but if I’m given the title for a minute or a month, I don’t take it lightly. It means I am the one holding that title. The job is to carry it with respect and show that it is the most prestigious title in the world. This past time, I didn’t hold it for as long as I would have liked, but I will next time.”