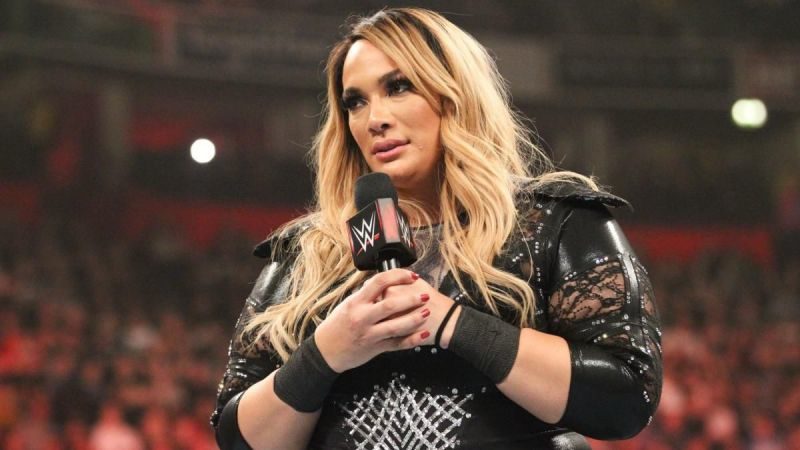 Nia Jax is certainly not like most girls but she knows how to party like the best of them. In a newly released video clip released to social media via Instagram, Nia can be seen dancing it up and drinking tequila with WWE superstar Mojo Rawley and WWE personality Austin Romero. You can view the clip below. This ‘gross’ Nia Jax tweet was sent out by this WWE hall of famer recently.

In other news regarding Nia Jax, fellow WWE superstar and the bane of Jax’s existence, ‘The Ravishing Russian’ Lana recently spoke to TalkSPORT to discuss how she prepares to go up against ‘The Irresistible Force’. Lana and Jax have had quite the history after Nia put Lana through the WWE announce table on Monday Night Raw six different times. This lead to an eventual tables match between the two, which Lana won after shoving Jax through a table that was set up on the barricade. This particular tables match is also now infamous for a well known and bizarre injury that Jax suffered.

“I think that Nia is very, very strong. And Nia is a beautiful Samoan with lots of strength and lots of size on her, so yeah I have to spend a lot of time mentally preparing myself because I know when I go out there, legit anything could happen [with Nia].”