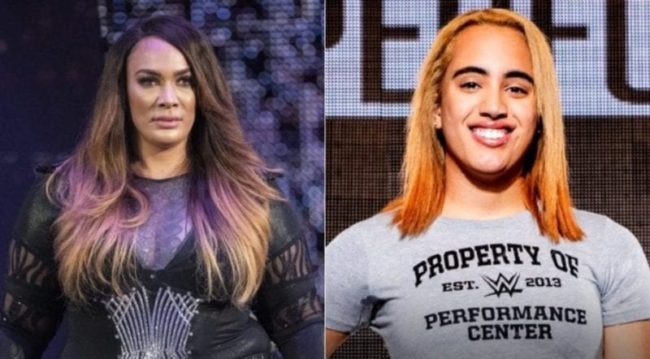 WWE superstar Nia Jax recently spoke to Digital Spy to hype up this evening’s Backlash pay per view, where Jax will be headed for the Raw Women’s Championship against current title holder Asuka. The match is a major one for Jax who only returned to WWE in April, after a year off due to double knee surgery.

During the interview, new up and comer Simone Johnson,who is the daughter of Dwayne “The Rock” Johnson, became a topic of discussion and Jax stated she felt Johnson would last in the WWE grind. Jax continued on to give the young rising talent lots of praise, nothing but positive comments about the fresh-faced rising star.

Jax was quoted saying the following:

“Simone obviously has this in her blood and she has been such a huge fan since she was a young girl. She knows the ins and outs and she’s going to be able to pave her own way and her own path. She obviously knows the legacy she has to follow, it’s quite a legacy her father left for her. But she is so ready to pave her own path and do her own thing. I’m super excited for her and I can’t wait to see what she’s going to be able to do. She has everything it takes to become one of the greatest Superstars. I know she’ll make great waves and I can’t wait to see it.”

Check out the full interview.