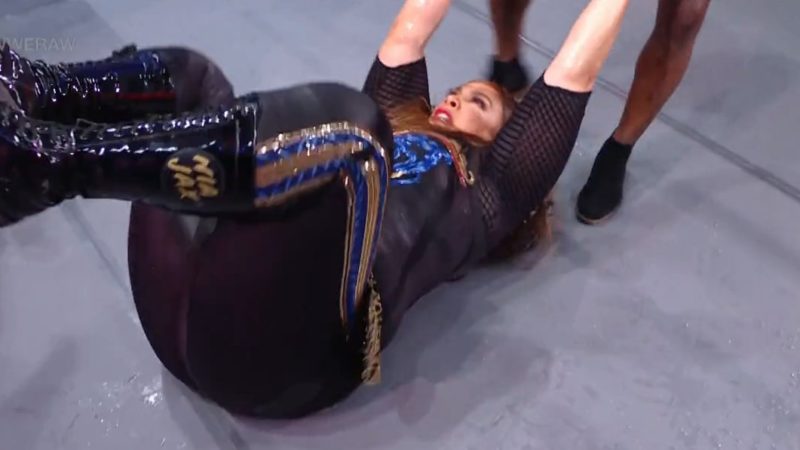 Nia Jax may have a new main squeeze, or may be getting stalked that is. On tonight’s showing of WWE Raw, Nia was yet again interrupted backstage. This time she was showered with flowers and sweet nothings. Who is this person that we are discussing and are things starting to heat up for Jax? Hulk Hogan Breaks Silence On ‘Racist’ WWE Firing.

On the 4/26/21 showing of Raw we saw the return of Reginald and he once again joined Nia Jax as her right hand man. What we didn’t expect was for Nia and Reginald to be confronted by Angel Garza. When we last saw Angel Garza, he confronted Jax the week previous as he asked her: “What do you see in that clown, Reginald?”

Nia looked off as she seemed confused by the question. This week, Garza gave Jax flowers as he wished her luck and kissed her hand. As Jax walked away smitten from the confrontation, Reginald tried to talk her out of liking him. Jax then turned her face down as she saw Mandy Rose and Dana Brooke.

Nia swung back the vase of flowers and said “Put these in water, b***h!” as she smacked Rose across the face shattering the glass. It looks like WWE is using Jax as one of the more outspoken stars to push swearing back on their programming as shows like AEW push a more Ruthless Aggression era style of approach.